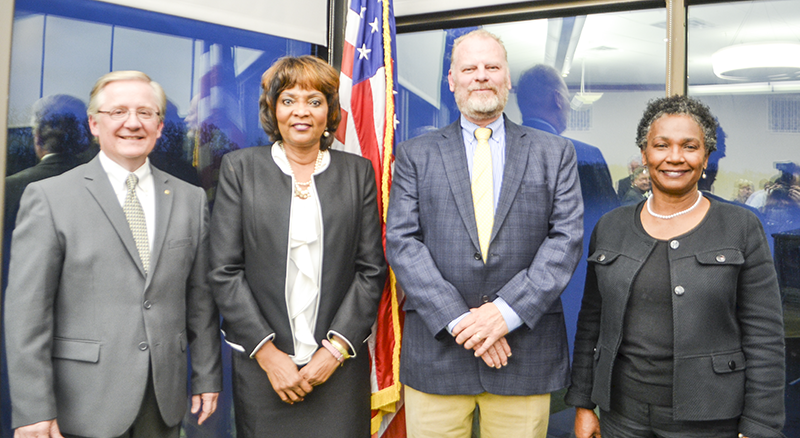 WEST POINT — It was a busy night of appointments and swearing-in ceremonies at the West Point city council meeting Monday.

The council then moved on to a proclamation that designates January 2020 as Human Trafficking Awareness month in West Point.

Ledbetter, Sandra Thornton and Deedee Williams were all sworn in as councilmembers.

The three incumbents on the council were each re-elected this past December in a field that also included Wiky Gladden and Kesha Edwards-Coniglio.

Other items of note Monday was the passing of an agreement for Jack Robinson to receive and land apply biosolids on his property located in Alabama. According to city documents, the city experienced a 130 percent increase in landfill costs for disposing of items. Documents also state the city could see at least a 50 percent reduction in costs by entering into this agreement.