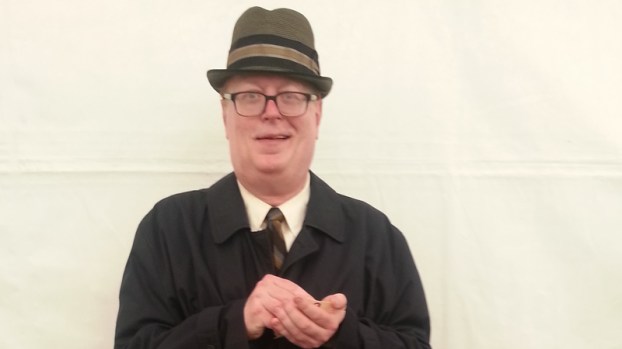 Valley native Jim Patterson will be the guest speaker at Sunday’s quarterly meeting of the Chattahoochee Valley Historical Society. --Contributed

Valley native Jim Patterson will be the guest speaker at the Sunday, Jan. 26 quarterly meeting of the Chattahoochee Valley Historical Society, to take place in the Lanier Room at Bradshaw-Chambers County Library at 3 p.m. EST.

A writer and speaker, Patterson has many stories to tell ranging from describing boyhood in the Fairfax mill village, to traveling worldwide as an economics and political officer with the U.S. Diplomatic Corps, to being an actor in a movie which portrayed his father’s role in the Alabama National Guard during the Civil Rights struggle in Alabama.

Ever mindful of public service by members of the Patterson family, Jim was motivated to a career in public service and now is inspired to describe his family’s historical intersection with the Civil Rights struggle in Alabama. His father, James Glover Patterson (1933-2003), served in the nationalized Alabama National Guard during three significant historical events: the Cuban Missile Crisis, the desegregation of the University of Alabama and the Selma March.

Jim’s family story motivated him to seek to re-enact his father’s role as a National Guardsman during the Selma March in the making of a movie. He will describe his father’s nationalized guard duty in the 1960s and how these experiences affected the Patterson family and Jim’s values. In an attempt to memorialize his father’s public service in the Alabama National Guard, Jim describes his effort to project himself into commercial film making and into acting in the award-winning film, Selma. Although Jim has lived away from Alabama since he finished his education, he acknowledges that he may have lost his Southern accent but his core values have always been rooted in the Valley and in Patterson family history.

Jim graduated from Valley High in 1973 and later from Auburn University. He then moved to Washington, D.C., where he began a career as a foreign service officer with the U.S. State Department. He has served as a diplomat in Mexico, the United Kingdom, Brazil, Canada, Chile, France and the Netherlands. He is currently stationed in Washington, D.C. He is a contributor to The Foreign Service Journal, The Hill and other publications.