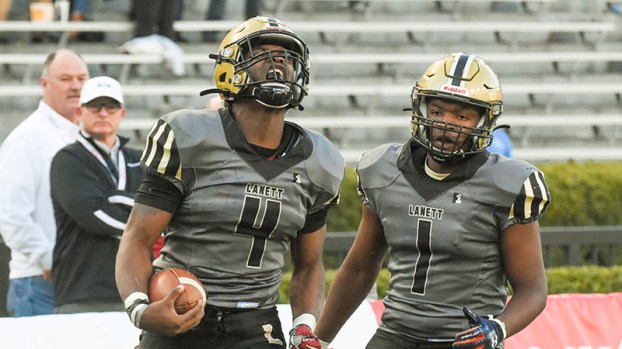 The Valley 9 and 10-year-old baseball team held a parade at the Valley Sportsplex to celebrate the team’s championship.

Trevond Barnes signed a one-year deal to play with BC Beroe in Bulgaria. He averaged 8.4 points and 5.9 rebounds as a senior at Hampton University.

No. 3 Chambers defeated rival Springwood 50-0 in week 6 of the regular season.

Lanett moves into 1A top three in latest ASWA rankings

After starting the season 6-0, the Lanett Panthers moved up two spots to No. 3 in the Alabama Sports Writers Association football rankings.

Kristian Story was named to the 2019 Alabama-Mississippi game. In the game, he played mainly running back.

The Valley Rams defeated Tallassee to go 4-0 in 5A Region 2, clinching a playoff spot for the second year in a row.

With a sweep against Cornerstone, the Chambers Academy volleyball team clinch the Class A regular-season region championship.

After defeating Dadeville in three sets, the Bobcats won the 3A Area 6 title.

With a win against Abbeville in straight sets, Chambers Academy’s volleyball team reached the quarterfinals for the third-straight year.

Rebels ranked No. 1 for first time in program history

After winning its 22nd straight game, the Chambers Academy football team was ranked No. 1 in AISA.

Lanett runs to 56-0 win over Billingsley

With a blowout win against Billingsley, the Lanett football team won its third-straight region title.

When it defeated Charles Henderson, the Valley Rams clinched the 5A, region 2 championship.

The Rebels swept Meadowview Christian to advance to the state semifinals for the third-straight year.

Chambers Academy gets over semifinal hump, falls short in championship

The Chambers Academy volleyball team fell in the state championship to Southern Academy of Greensboro.

With a 22-point win against Beulah, the LaFayette five and six-year-old football team advanced to the championship game.

The Point University volleyball team was one of three teams from the Appalachian Athletic Conference to make the NAIA national tournament.

In a regular-season rematch, Southern held Chambers Academy to only eight points in the championship game.

Story broke Bo Nix’s state records for total yards and total touchdowns in a career in Lanett’s win against Isabella.

Lanett rolls past Mars Hill Bible in second half

Story named Player of the Year

Story was named the Gatorade Alabama Football Player of the Year.

Lanett basketball coach Richard Carter’s name was placed on the floor honoring the three decades he has spent coaching in the area.

Story achieved his childhood dream by signing with the Crimson Tide.

Chambers Academy held its first Christmas basketball tournament on Saturday in honor of Peyton Lamb and to raise money for... read more