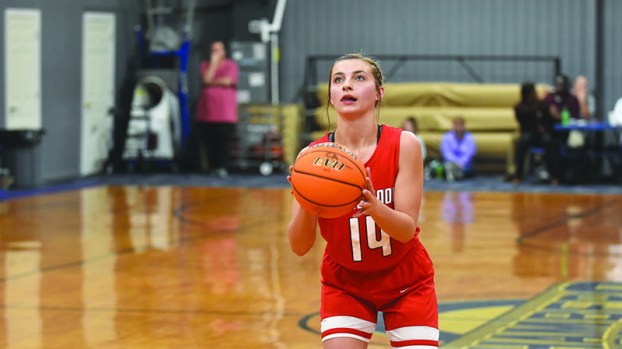 Barber finished her senior year as one of the two senior leaders for the Wildcats. She finished as the team’s second-leading scorer, averaging 11.1 points a game and finishing with 4.8 assists a game.

The Wildcats finished 13-6 and were ranked for most of the season. Included in their 13 wins, the Wildcats won both the Springwood Thanksgiving Tournament and the Chambers Academy Cystic Fibrosis Tournament. Barber finished as the MVP of the Thanksgiving tournament.

Barber will continue her basketball career with Faulkner University once she graduates from Springwood.

Daniel finished his senior year one win away from winning the state championship, finishing 18-6 overall.

Daniel was a constant force for the Rebels. He averaged a double-double for the Rebels, finishing with 10.5 points and 10 rebounds a game while shooting 47.8 percent from the floor.

In two of the three playoff games that Chambers played, Daniel finished with a double-double. His best game in the playoffs was in the quarterfinals against Wilcox Academy, as he finished with 24 points and 13 rebounds.

He was also selected to the 2019-20 All-Tournament basketball team.

He hopes to continue his football career next year.

The AISA All-Star game will be played on Friday at 5 p.m. CT at Garrett Coliseum in Montgomery.

The Lanett starting five was playing well against Cornerstone to start the 1A Southeast Regional Championship, but when the bench... read more