Beulah guards come up big in 44-20 win on Monday 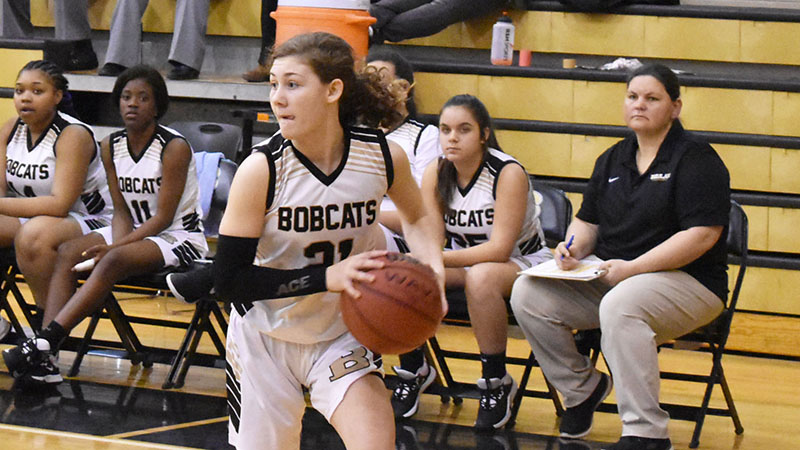 Defense wins championships, and Beulah girls basketball team followed that mantra on Monday night in a 44-20 win over Randolph County in the first round of the class 3A, area 7 tournament.

“We had sound defense in the half-court set,” Beulah head coach Sabrina Milligan said. “Randolph County has a couple of girls that nice little set shots. They like to shoot from the top of the zone, so we moved so we could stop that early.”

The Bobcats defense was stout the entire night, and it showed in the first 16 minutes of play.

They spent most of the first quarter in the 1-2-2 zone, which allowed the Bobcats to close out on shooters. The defense was perfect until the 35-second mark, as the Tigers were able to knock down their first shot from the floor.

Beulah didn’t get out to a blazing start, as the team scored just eight points in the opening quarter, but it was able to get shots to fall in the second. Three and a half minutes into the second quarter, the Bobcats had already doubled their first-quarter total. They were able to start converting their fast-break layups and were able to knock down a couple of jump shots.

The Bobcats continued to dominate in the second half, as they continued to play strong defense. The Tigers failed to reach double-digit scoring until there was 3:45 left in the third quarter.

Beulah’s freshmen guards were key in the win.

Savanna Clements came off the bench and finished with a double-double, scoring 12 points and bringing down 10 rebounds. Brandy Phillips finished with 10 points.

Both of the freshmen missed the Bobcats’ final regular-season game against Tallassee on Friday because they were sick, which is why Clements came off the bench instead of starting like normal.

“It was big to get her [Clements] back out there,” Milligan said. “She sees the floor. She hustles. She’s a decent little athlete.”

The Bobcats will host Dadeville on Wednesday for the 3A area 7 championship at 7 p.m. EST.