Chambers boys to play for championship 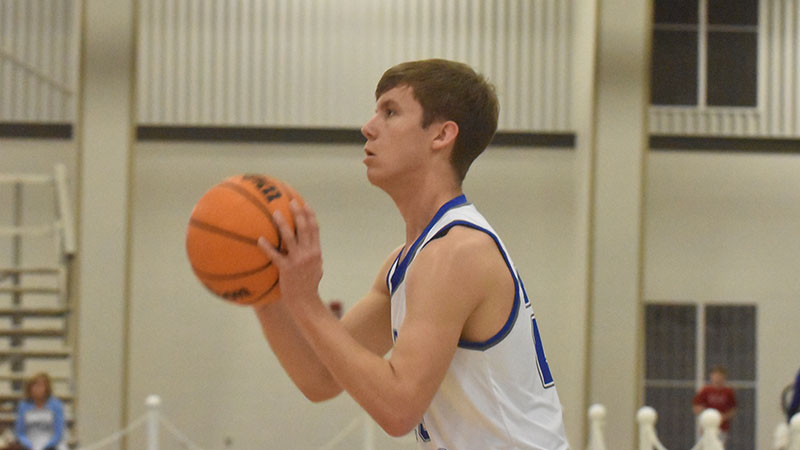 MONTGOMERY — The Chambers Academy boys basketball team prides itself on defense, and after an explosive first quarter, the Rebels defense settled down, leading to a 56-50 against Abbeville Christian Academy in the AISA Class A semi-final game.

With the win, the Rebels will play in the state championship game for the second year in a row.

“That’s your goal every year. If you get there then you have a chance to win it,” Chambers Academy head coach Jason Allen said.

The Generals came out of the gate hot, grabbing a six-point lead early in the quarter, but the Rebels slowly started to chip away, reaching the first tie at 13 points apiece.

The Generals led 23-18 at the end of the quarter, per Allen is the most points they’ve allowed in a quarter all year.

Between quarters, Allen tightened his defense. The Rebels played General Conner Hutto, who hit three 3-point baskets in the first, much closer the rest of the game. He didn’t make another point for the rest of the game. The other adjustment was the help defense. The goal was to limit as much dribble penetration as possible, which showed the remaining 24 minutes of play.

In the second quarter, the Rebels defense was clicking on all cylinders, as they limited the Generals to just eight points in the quarter. Six of the eight points were scored on 3-point attempts.

On the other side, Chambers junior guard Payton Allen found his stroke. After being held to just two points in the first quarter, Payton Allen knocked down five shots, which included a 3-point make.

At the half, the teams were knotted at 31.

In the third, the Rebels were able to take the lead. They allowed just six points while scoring 12.

The Generals wouldn’t go out easily. They allowed just one point in the first 5:05 in the fourth quarter, allowing them to tie the game at 44.

Then the Rebels were able to spark their offense. With about a minute and a half left in the game, Chambers had a slim lead and was trying to run the clock. Payton Allen drove and found senior guard Caydon Smoot open in the corner. Smoot buried the open shot.

“I really didn’t want to take a 3-pointer at that stage of the game, but you have to trust your players,” Allen said. “He’s been working all year on that, and he knocked it down.”

The Rebels finished with 13 points in the final 2:55 of play.

The Rebels will face Evangel Christian Academy in the championship game for the second-straight year. The Rebels lost that game a year ago 37-34.