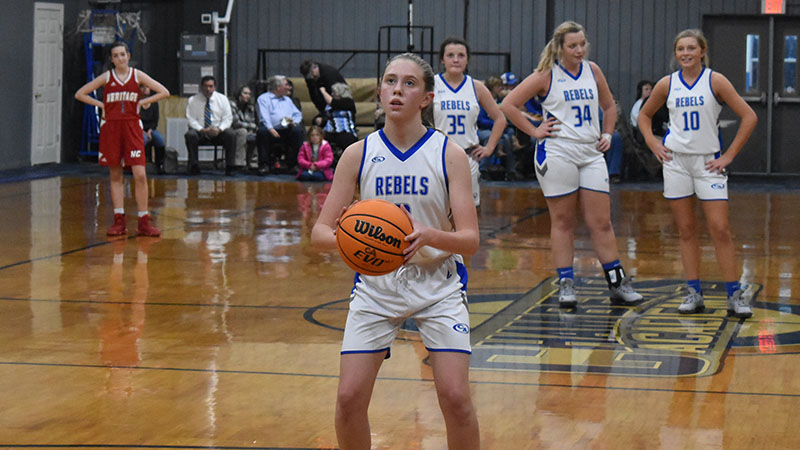 For the second straight year, the Chambers Academy girls’ basketball team was able to claim a No.1 seed in the AISA state basketball tournament after finishing undefeated in its region.

With the No. 1 seed, the Rebels clinched a first-round bye, advancing to the quarterfinals.

“It’s just been work as usual,” Chambers head coach Jeff Hines said. “We’re not doing anything different. We’re just going to be who we are.”

Having a first-round bye can be a double-edged sword.

The good part is the Rebels will have time to rest and practice since they played a backloaded schedule. This gave Hines some time to work with his team on help defense and ball security on offense.

“We were able to get back to work,” Hines said.

The bad part of a bye is a team can lose the edge that got them to the playoffs. The layoff can also give a false sense of security.

To avoid that problem, the Rebels traveled to Lowndes Academy just to get another game under their belts before the playoffs.

“I didn’t want to be off that long without being in game-type situations,” Hines said. “I want to see some benefits from the last two days of work.”

The Rebels will play Wilcox Academy in the quarterfinals of the AISA Class A State Tournament. This is a rematch of the 2019 quarterfinals game, which had Wilcox defeating Chambers 41-27.

The rematch will be played at the Montgomery Sports Complex at 10 a.m. EST.

“It’s an early game, but we’re going to try and keep things as normal as possible,” Hines said. “[Wilcox] is there for a reason, and they’re there because they’re a good team.”