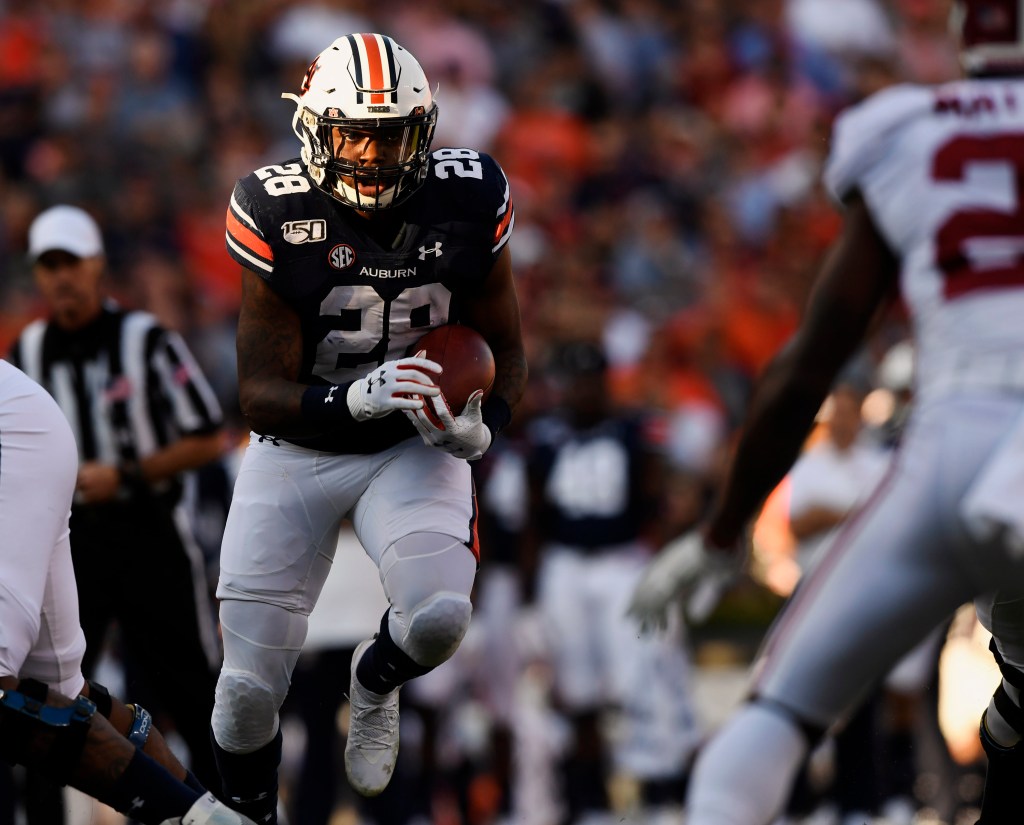 JaTarvious Whitlow carries the ball in the first half of the Iron bowl. Todd Van Emst/AU Athletics

Former LaFayette High School standout JaTarvious “Boobee” Whitlow may be sporting a different uniform in 2020, as he has entered his name in the transfer portal.

“Just to confirm, Boobee Whitlow has entered the transfer portal,” Auburn head coach Gus Malzahn said during his press conference Wednesday. “He is just looking for a fresh start.”

Whitlow was Auburn’s starting running back during the 2019 season. He finished with 763 rushing yards and 10 touchdowns while missing two games with an ankle injury.

His 763 rushing yards led the team by more than 300 yards. He also caught six passes out of the backfield for 106 yards.

During his freshman year, Whitlow played in 13 games and ran for a team-high 787 yards. He finished with 15 catches out of the backfield for 173 yards and a pair of touchdowns.

His 1,550 rushing yards are 29th in program history. In the Tigers’ last regular-season game, Whitlow helped the Tigers pull off an upset against in-state rival Alabama. He finished with 114 rushing yards in that game, which was the third time he eclipsed 100 yards in a game in 2019.

The Tigers have a deep group of running backs, as they have eight running backs eligible to return from the 2019 roster. This includes former Mountain Brook running back Harold Joiner, who was the No. 4 player from Alabama in the 2018 recruiting class. The Tigers signed Callaway’s Cartavious “Tank” Bigsby in their 2020 class as well.

“I think that’s a position that we’re really deep and talented,” Malzahn said.

In his last season as a Bulldog, Whitlow dominated, finishing with 59 touchdowns. He threw for nearly 2,300 yards and rushed for another 2,147 yards. He graduated as a three-star prospect and the No. 26 player in the state of Alabama in 2016 according to the 247Sports Composite.

He graduated as a two-sport state champion, winning one in basketball and three in track.