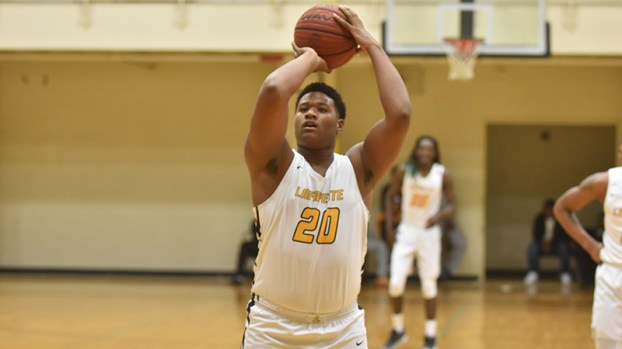 The LaFayette boys basketball team capped off their undefeated season with a 40-point win against Valley this past Saturday, finishing 26-0.

Throughout the course of the last four years, the Bulldogs have been one of the most consistent teams in the state, as they have won at least 20 games each year. This is the only year they have gone undefeated.

During the 26 games this season, the Bulldogs played a gauntlet of a schedule. In the 26 games, only eight games have been against a 2A school or smaller. Six of the games were their area opponents, while the other two games were against 1A Lanett.

“I knew how talented our team was, so for the last couple of years I’ve tried to make it as difficult as we could without traveling all around the world,” LaFayette head coach Obadiah Threadgill said. “We’ve really tried to challenge them, and they’ve responded to all of the challenges really well.”

One of the team’s that Threadgill scheduled this year was Tucker, a 6A school from Georgia that is 21-3 this year.

According to Threadgill, the Tigers had three starters that were 6-foot-6 or taller. The Bulldogs were able to overcome an eight-point halftime deficit to win by three in Georgia.

“It showed me that our kids have trust in our staff and our system,” Threadgill said. “They showed they could dig deep and go into a place that most teams are very uncomfortable going. Our boys don’t mind going to those places where they know they need to give everything in their bodies to come out alive.”

The Bulldogs dominated their schedule, winning 23 of the games by double-digits. The three games that they won by less than 10 points were all on the road against Georgia teams.

“It’s my hope that we continue to have the type of success that we’ve had, but I know the probability of us going into the playoffs and winning every game comfortably is low,” Threadgill said. “We’re going to have to face adversity. We try to prepare them for every single situation.”

One of the statistics that stands out about the 2019-20 Bulldogs is the number of times they turn the ball over this year. For the most part, they don’t. According to Threadgill, the Bulldogs have finished at least 12 games with 10 or fewer turnovers.

LaFayette is hosting the class 2A, area 9 tournament starting on Wednesday. In their six area games this year, the Bulldogs dominated the other three teams, outscoring their opponents 454-193 in the six games.

The Bulldogs will play in the second game on Wednesday when they host Woodland at 7:30 p.m. EST. The game before will have Ranburne playing Horseshoe Bend at 6 p.m. EST.

“I’m expecting to see our guys come out and play fast and physical,” Threadgill said. “I want our first group to be able to go out there and look sharp and crisp. We’re expecting those guys to set the tone.”

Survive and advance was the motto of the 1983 North Carolina State men’s basketball team, and the Valley girls basketball... read more