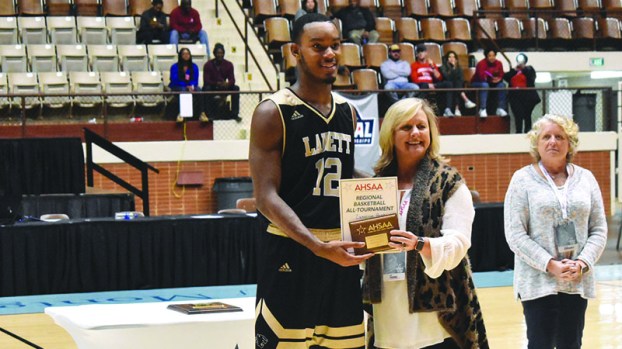 There have been different versions of the “Twin Towers” in basketball. The most famous example was the 1986 Houston Rockets who had the combination of Hakeem Olajuwon and Raph Sampson. The duo made up one of the tallest frontcourts in the NBA.

The Lanett Panthers have their own version of the “Twin Towers” made up of seniors Zameron and Cameron Boozer, but unlike the Rocket’s duo, the Boozers are actually twins.

The Boozer brothers are two of the tallest players in the state of Alabama. Zameron Boozer,  who is two minutes younger than his brother, stands 6-foot-8, while Cameron is 6-foot-9.

The two have been a big force for the Panthers throughout the year, collecting rebounds and throwing down dunks, but they have taken their play to the next level during the playoffs.

“They are beginning now to play like we had projected them to play all along since they were eighth graders,” Lanett head coach Richard Carter said.

In the four playoff games,  the brothers have combined for 92 points and more than 57 rebounds. In those four games, the Panthers have won by a combined 124 points. A big reason for the team’s success has been the rebounding advantage the two brothers give the team.

“We’ve been controlling the board lately,” Cameron Boozer said.

“We take pride in controlling the boards,” Zameron Boozer said.

Alongside the rebounding advantage, the two brothers have been able to control the paint on defense, swatting away opposing players’ shots with ease. Both have finished every playoff game with a block. In the Panthers subregional win against Florala,  the brothers combined for six blocks.

“I’m more of a defensive person,” Cameron Boozer said. “Blocking shots, that’s my favorite. When I block a shot, I’ll celebrate more than when I dunk it.”

The Boozers are aiming for their third state championship win on Thursday when the Panthers play Pickens County in the 1A State Championship. In previous years, the brothers weren’t starting, sitting behind players like Dee Dobbs and Emanuel Littles, but they are taking the lessons they learned from previous players to try and win a third ring.

“Watching them was like being in school,” Zameron Boozer said.  “Now we’re showing that we can do it too.”

When the Lanett boys’ basketball team defeated St. Luke’s 73-48 in the 2A State Championship in 2016, Panthers’ head coach... read more