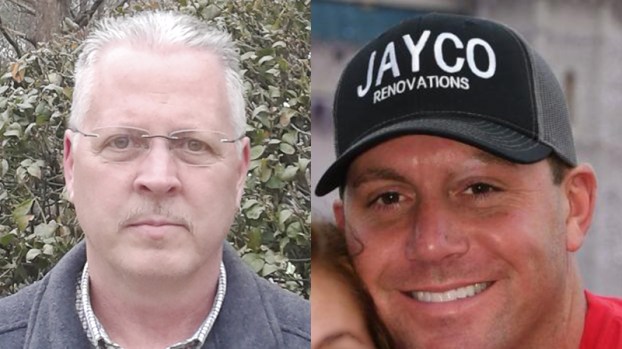 Thomas, Siggers running for school board

Doug Thomas and Jay Siggers are candidates to represent District 4 on the board, as current district 4 representative Mary Terry is not seeking re-election. Neither have held public office before.

Thomas said he first became interested in politics 30 years ago when his pastor said that Christians should get involved. He’s followed politics since then and determined now was the right time to run for school board.

“I have a heart for children. I have two sons. I’ve got two grandsons and a granddaughter now. I coached rec ball for years when they were younger. My wife [Cookie] and I, we watch the nursery at church,” Thomas said. “I just want the best opportunities for our children that our school system can offer.”

Thomas works with West Point Industries and is a purchasing agent/buyer. He said there are some changes that need to be made in the school system, but he also believes overall, it’s in “good shape.”

“Discipline needs to be brought back into schools, which we have in the schools now, but not to the extent of when I was a child for sure,” Thomas said.

Thomas said he doesn’t have a solid opinion yet on consolidation talks, which include the possibility of one centralized high school for Valley and LaFayette.

“My biggest thing is I want to know if there are other options before anything happens,” he said.

Thomas said he will always keep the focus on the people he represents.

“I’ll be a representative. It’ll never be about Doug Thomas; it will be about district four citizens,” Thomas said. “I’ll just always do the best job I can. That’s just who I am.”

Siggers is the owner of Jayco Renovations and also runs a travel baseball team named CV Thunder, which stands for Chattahoochee Valley Thunder.

He said running his travel baseball team has helped him get to know some of the students in Chambers County Schools, and he feels there are changes that need to be made.

“Chambers County doesn’t get near what they should in athletics and academics,” Siggers said.

“So, there’s some changes that need to be made. And that’s one of the main big reasons why I wanted to run.”

Siggers and his wife, Marissa, have been married for 13 years and he has two children, an 11-year-old and an 8-year-old.

He said he wants board members to have substantial input on consolidation talks, as well as the public at large.

Siggers said there needs to be several different options.

However, he believes changes will have to be made at some point. He specifically used the example of possibly closing Five Points Elementary due to the low number of students enrolled.

“There are going to be changes and people better get ready for some changes,” he said. “At the same time, I think those people need to have an idea of what could happen — A, B or C, one, two or three. They need options to say OK, well if A, B or C does happen, which way can I go? Which way can my kids go?”

Siggers said voters should know he’s not afraid to let his opinion be known.

“I’m not going to sugarcoat it. If somebody asks me how I feel, that’s how I feel.”

East Alabama Medical Center is getting prepared in case the coronavirus spreads into this portion of Alabama. The hospital has... read more