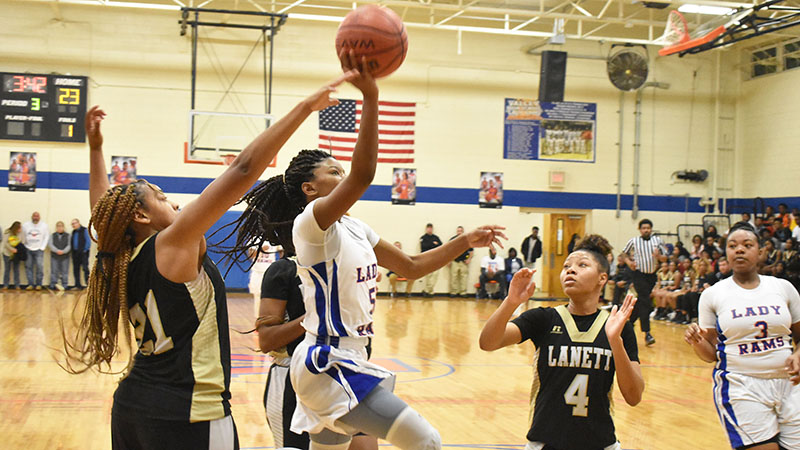 It was a defensive slugfest in Valley’s 37-32 win against Lanett on Friday night. With the win, the Rams avenge their loss from Jan. 10.

“I saw a lot of heart,” Valley head coach George Grimes said. “We didn’t play our best game, but we found a way to come on top.”

Both teams struggled to control the ball, as they had numerous spurts with turnovers.

After the first quarter, the Panthers had a 9-8 lead, as they were able to capitalize on sophomore forward Breanna Glaze’s six points.

In the second, the Panthers were able to add to their lead by hitting free throws consistently, as they hit seven of their 10 shots from the line. The lead at half was just one, as the Rams were able to pace the Panthers in the quarter.

The Rams overcame their deficit in the third quarter, as they were able to double the Panthers score 10-5 in the quarter. Anteria Florence scored four of the 10 Ram points in the quarter.

In the fourth, the Rams were able to knock down six of their 12 free throws to seal the win.

The Rams will be back in action on Saturday when they travel to LaFayette, while the Panthers’ regular season is over. They will play Notasulga in the first round of their area tournament on Monday at Loachapoka High School.