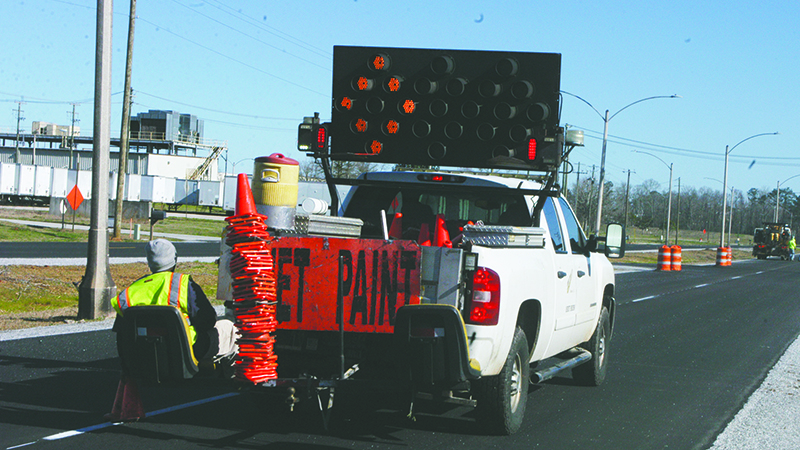 VALLEY — Despite losing an estimated $120,000 in sales tax due to a fire at Walmart, the City of Valley had a strong first quarter of fiscal year 2020. In a Thursday evening work session, Mayor Leonard Riley told the city council that overall revenue for the quarter was still very good.

“We are in good shape on our budget,” he said. “The revenue is coming in good, and we are in the process of closing out most of our capital projects for the year.”

In her treasurer’s report, Kathy Snowden reported to the council that the city had a record year in terms of revenue for FY 2019, having more than $7.3 million in revenue. The city’s share on a state tax on Amazon products sold in the state has offered a boost as well. Alabama was one of the first states to do this. Amazon agreed, preferring a flat 8 percent rate statewide rather than dealing with individual cities and counties that charged higher rates.

Riley termed the Walmart fire a senseless act. Troy Maloy Brown, 28, has been charged with second-degree burglary, first-degree arson and first-degree criminal mischief in the incident.

“Walmart had to change out their entire inventory,” Riley said.

The store was closed for some time while a cleanup and restocking took place. The reopening took place in phases with some portions remaining closed while work continued to get back to normal.

Like all businesses in Valley, Walmart pays 10 cents on the dollar in sales tax with five cents going to the city, four going to the state and one cent going to the Chambers County School District.

Riley said that auditors have advised the city to be careful in safeguarding itself against possible cyberattacks.

On March 12, there will be a training session on this at city hall for city employees. A number of city governments have been victimized by ransomware attacks. Opelika, for example, has been hit several times by unknown persons attempting to breach their firewall.

The city will be purchasing three new police vehicles this year. A total of $92,000 was budgeted for this. The purchase price will be some $5,000 more than that with the difference being made up with other purchases being less than expected. Some $19,000 was budgeted for a new fingerprint machine, which actually cost $15,000. Forfeiture funds can help cover the costs as well.

“Our drug dealers will help us pay for our police cars,” Chief Tommy Weldon said half-jokingly.

The racquetball courts at the Community Center are being refinished. Valley Parks and Recreation Director Laurie Blount said that they look much better.

“They will have to cure for a few days,” she said. “We will reopen them next week.”

Riley said that a new tractor and batwing for the Public Works Department had arrived and that it looked good. A tractor with a boom ax will arrive next week. Both items have been paid for.

The city is still trying to sell the former senior center house in Fairfax. It’s possible the home may go to an auction.

As long as the economy holds up and revenues are good, the city will continue to invest in infrastructure improvements such as street paving. Valley will have another busy season this year with its major project, the repaving of Valley Industrial Boulevard, being finished on Friday.

The remaining projects will go out for bids on Tuesday, Feb. 18. These projects include Cleveland Road (from Highway 29 to 20th Avenue), the portion of Columbus Road from School Street to McGinty’s crossing, 33rd Street (from Shawmut Circle to 29th Boulevard), 65th Street East, 31st Street, 48th Street and 15th Avenue (the portion where some new houses have been built).

Riley said that Public Works Director Patrick Bolt had talked with East Alabama Water, Sewer and Fire Protection District Director Tony Segrest if his department had planned any road cuts where the new road paving will be taking place.

Council Member Jim Clark said he’d like 33rd Street (which is in his district) to be paved in a manner that kept water from running into people’s yards. “

“We need to cut a tree on Boulevard,” he said. “Some large limbs have fallen from it. It’s becoming a public safety issue. Elderly people like to go walking there in the evenings.”

Riley said that around 10 acres on the Burney property need to have stumps pulled up and burned.

“It has been a chore to get this done,” he said.

He added that work had been going on near the site for a new water tank.

“It’s really muddy up there right now,” Riley said. “They’re going to put some rock on the roads to help with the trucks going in and out.

A closing has taken place on the sale of 42 acres of city-owned land off Combs Road. Chris Clark has purchased the land to develop a new subdivision.

Timber cutting off Fairfax Bypass is around two-thirds complete.

“Four Star Freightliner is in their new location, and it looks like they are doing good business,” Riley said. “There are lots of new trucks out there on both sides of the store. They are getting business traffic off of I-85 and from local trucking companies.”

Four Star Freightliner is looking to have a grand opening in March.

Planning and Development Director Travis Carter reported to the council that some test pits have been dug and that soil sampling will soon begin at the Fairfax Mill site.

“We are trying to cross the t’s and dot the i’s,” he said. “We are doing what the environmental people want us to do. We could get up to $500,000 in federal grants by doing this.”

The mill property is now owned by the city. The long-range plan is to turn it into a green space area that can be enjoyed by the public.