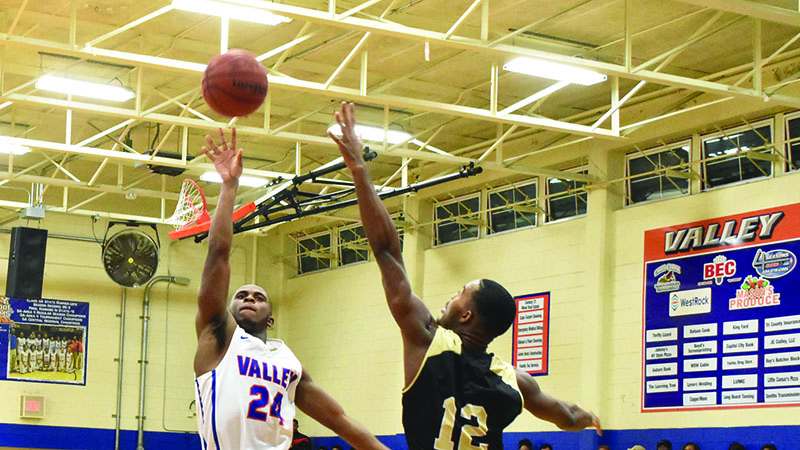 The Chambers County boys’ basketball teams were electric in the 2019-20 season. LaFayette dominated the season winning all but one game, while the Lanett Panthers and Chambers Academy Rebels each made their respective state championship games.

Alongside those dominant teams, Springwood had a huge turnaround, making the first round of the AISA Class AAA playoffs.

Here are the 15 players that made a big impact on their teams this past season:

In his first year at Lanett, Dozier was an offensive juggernaut. He was the Panthers’ main offensive weapon, as he was able to penetrate the lane and score from all three areas on the floor. He averaged 26 points, five assists and four rebounds as a junior. He was able to score in big games, as he scored 37 points in the Panthers’ second loss to LaFayette.

Boston was the engine that made the Bulldogs’ offense go. The senior point guard finished with a team-high 6.6 assists. Alongside helping his teammates score, he finished second on the team, scoring 15.1 points a game. He also stole  4.4 balls a game.

Burton took a big jump from his junior to senior season. As a junior, he averaged 12 points and struggled to shoot from the outside in the second half of the season. As a senior, he led the Bulldogs in scoring,  averaging 19.2 points while collecting 5.1 rebounds and dishing out 4.2 assists a game. He also averaged 2.7 steals a game.

In his only year at Springwood, Okeyia was a big reason the Wildcats were able to reach the first round of the AISA Playoffs. He was the team’s leader on the floor, and he was able to dominate, as he averaged 19.6 points and 11 rebounds while dishing out 6.7 assists per game.

Trammell was the Rams’s do it all player. He led the team in rebounds, points, steals and blocks. He finished his junior year averaging 18.2 points and 6.3 rebounds a game.

Boozer took his game to another level in the playoffs, as he was named MVP of the 1A Southeast Regional tournament. He averaged 14 points while collecting nine rebounds a game.

Moore was a defensive force for the Bulldogs, as he normally lined up against the opposing team’s best player. Even with this defensive effort, he was able to average 12 points and two steals a game.

Allen led the Rebels to the AISA Class A State Championship game for the second-straight year. He averaged 19.4 points while collecting 8.2 rebounds and dishing out 5.6 assists a game.

Daniel was a rebounding machine for the Rebels, as he collected 10 rebounds a game. Alongside his rebounding output, he averaged 10.5 points a game while finishing with 2.1 steals a game.

As the point guard, Hutchinson ran the Rams’ offense, averaging a team-high 4.9 assists a game. Alongside running the offense, Hutchinson was able to finish as the team’s second-leading scorer, averaging 12.3 points a game.

Hull averaged 10.4 points and seven rebounds as a senior.

Farrow averaged 9.2 points and 3.1 assists as a junior.