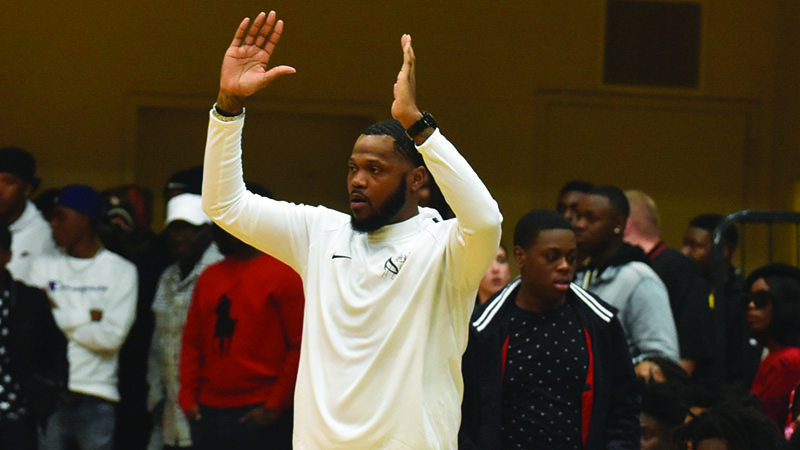 LaFayette head coach Obadiah Threadgill led the Bulldogs to a 31-1 record this past season.--File photo

After leading his team to Birmingham for the AHSAA 2A State semifinal game and breaking a program record for wins in a season, LaFayette head coach Obadiah Threadgill was named the All-Valley boys’ Coach of the Year.

“We teach basketball, and we teach life, and we’re trying to marry these two concepts together. To be recognized for that and to be appreciated for the time and the effort and energy that we all put into the development of these young men, that just means the world to me.”

The Bulldogs steamrolled their schedule, finishing with a 31-1 final record. Their only loss was to Barbour County in the 2A state semifinal game. Of their 31 wins, the Bulldogs won by double digits in all but three. All three single-digit outcomes were against teams from Georgia. LaFayette also won all four of its games against teams from Chambers County.

“To get to an undefeated regular-season record and play a behemoth of a schedule, it just says that the character that we’re using to build our program is right,” Threadgill said. “When you get real results, like 31-1, it’s hard for somebody to argue whether or not the program is heading in the right direction. When I took this job, I wanted to move this program in a positive direction. I wanted us to compete for championships, but in order to compete for championships, we’ve got to compete for regional finals. We have to get there and be consistent about getting there.”

The 2020 senior class was consistent about competing for regional championships, reaching the regional round of the playoffs all four years. Overall, the group of 11 seniors finished 105-30 in their four years.

Along with praising his team, Threadgill praised his assistant coaches, many of whom work full jobs and give a majority of their free time to help the players, whether it is staying after practice or helping them in the weight room.

“I’m just so appreciative of my staff,” Threadgill said. “I couldn’t coach a B team and a middle school team, and the varsity team while driving the bus and make sure that everybody has clothes and shoes. I can’t do all of that without a staff that is helping hold [the players] feet to the fire. I can’t accept this award individually because I don’t do it individually.”

The Bulldogs return only three players from the 2019-20 team that was ranked as the No.1 team in 2A throughout the entire regular season. Sophomore center Antavious Woody has logged the most minutes out of the three returners, while Ty’Quavian Daniel and Ja’Mariae Daniel provided depth at the guard spots.

Woody started a majority of the Bulldogs’ games as a freshman and was inserted back into the starting lineup as the 2019-20 season progressed. He averaged seven points a game while collecting six rebounds a game.