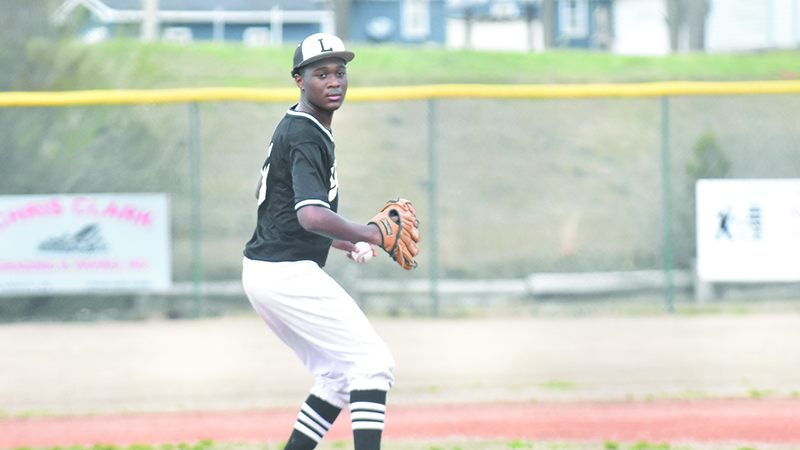 Lanett starting pitcher Rod Booker throws a pitch in the Panthers loss to Central of Coosa on Wednesday. He went five innings and struck out five batters in his first career start.--Photo by Cody Estremera

The Lanett baseball team hung around against Central Coosa County, but the Cougars pulled away in the sixth inning, winning 12-1 in six innings.

“We played baseball tonight. On Monday, we got those first-game jitters out, and we came to play today,” Lanett head coach Hunter Ames said. “I told the guys to keep their heads up and the scoreboard didn’t reflect how we played tonight.”

In the fourth, the Cougars scored a pair of runs. After a strikeout, they were able to tag a couple of pitches for a single and a double, putting two runners in scoring position. The lead runner scored on a ground out to first, while the second runner scored on a wild pitch, giving the Cougars a 4-0 lead which lasted until the start of the sixth inning.

After a flyout for the first out of the sixth inning, the Cougars were able to open the game up. They loaded the bases with a pair of singles and a hit-by-pitch. A single scored the first run of the inning, while four-straight walks brought in the next four runs. Back-to-back singles added the 11th and 12th runs of the game.

The Panthers scored their lone run in the bottom of the sixth. Third baseman Rutilo Olea led off the inning with a single past the second baseman. He stole second base one pitch later and scored on a single by Desmond Lewis.

Sophomore Rod Booker was the starting pitcher for the Panthers. In his first career start, he threw 95 pitches in 5 ⅓ innings of work and struck out five Cougars.

“That was the most he’s thrown,” Ames said. “That was his first career start ever. He doesn’t throw very fast, but he finds a spot. This is a team that is used to a lot faster pitching, so we were hoping to throw off their timing a little bit.”

The Panthers finished with 11 hits, which is up from the four hits they finished with on Monday. They also finished with seven steals on the day, which was led by Olea, who swiped three bases in the game.

“We finally started to put the bat on the ball tonight,” Ames said. “I was impressed on the basepaths tonight.”

The Panthers travel to LaFayette for their next game. First pitch is scheduled for 5:30 p.m. EST on Friday.