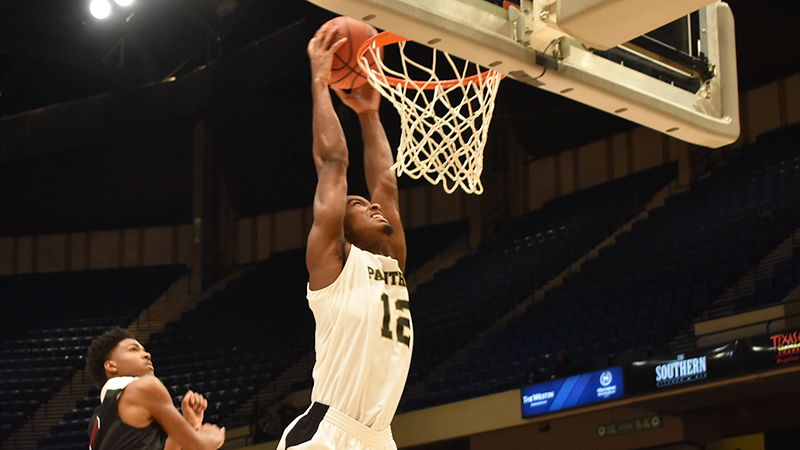 Lanett senior Zameron Boozer throws down a dunk in the 1A championship game.--file photo

Cameron and Zameron Boozer announced on Twitter that they would continue their athletic careers at Jacksonville University on Thursday.

Zameron, who was named the MVP of the 1A Southeast Regional, averaged 14 points and nine rebounds in his final year as a Panther, while Cameron averaged seven points, 11 rebounds and four assists.

Overall, Lanett has five players committed to continuing their athletic careers. Kristian Story signed with the University of Alabama in December to continue his football career, while BJ Smith and Dametrious Johnson both committed to Point University to play football in March.