Local stores sell out of hand sanitizer amid coronavirus fears 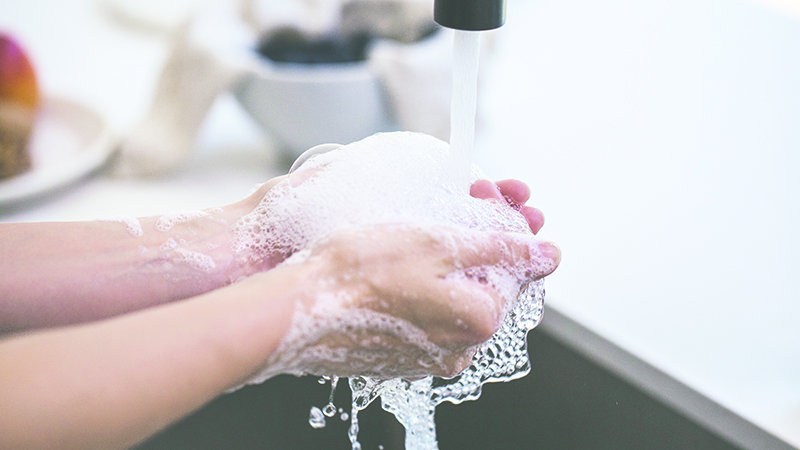 Experts say washing hands is the best way to avoid getting the coronavirus. --Contributed

VALLEY — The Valley is starting to feel the effects of the coronavirus. Clerks in local stores say that people are stocking up in a big way with hand sanitizer, and some hotels along the interstate are feeling the pinch of travel restrictions.

Early Friday afternoon, the Dollar Tree store in the Village shopping center in Valley was down to its last box of hand sanitizer. They’ve got more boxes ordered and could well sell out of them quickly. A clerk in the store told The Valley Times-News that a man came in Thursday and purchased two buggies filled with hand sanitizer. Local people are also hoarding disinfectants such as Clorox and peroxide, store clerks said.

At the Family Dollar in Lanett, a fast-emptying box of hand sanitizer was at the check out counter Friday afternoon. A clerk told The VT-N it was their last box but that more was on the way.

Health officials say one of the best techniques to ward off being ill with the deadly virus is frequent hand washing and to avoid putting one’s hands to their face. Local folks may be taking that advice to heart.

Dispensers of hand sanitizer can be seen in areas where employees interact with the public. They get frequent use by customers and employees alike.

Debbie Kelley, general manager of the Lanett Hampton Inn & Suites, told members of the West Point Rotary Club on Thursday that business for the Hampton is well below what it normally is this time of year. She said they do lots of business with employees of Kia and the suppliers.

“We need to be aware of what’s happening,” she said. “Hotels, restaurants and stores are taking a hit because of travel being down.”

Kelley said it wasn’t just the Hampton. She said she had talked with people at hotels in LaGrange and Opelika-Auburn and had been told that their business was down.

In past years, the Hampton has approximately 90 rooms filled at this time of year with many of the guests having connections to Kia. Right now, that number is around 40, according to Kelley.

Across Exit 77, the Quality Inn is running at about 45 percent capacity on weeknights. General Manager Mike Patel told The VT-N that’s not a bad number for this time of year. The hotel has 68 rooms.

Patel said that he had ten Koreans staying there Friday night and eight more for the weekend.

“They tell me that they are good to travel,” he said. “They said the virus hasn’t been that bad in the part of South Korea they are from. I would say our business is normal right now.”

The coronavirus, also known as COVID 19, has thus far infected more than 98,000 people worldwide and has killed an estimated 3,300, most of them in China. The death toll in the U.S. reached 12 on Thursday, with most of them being in Washington state. Thus far, more than 200 Americans in 18 states have been infected.