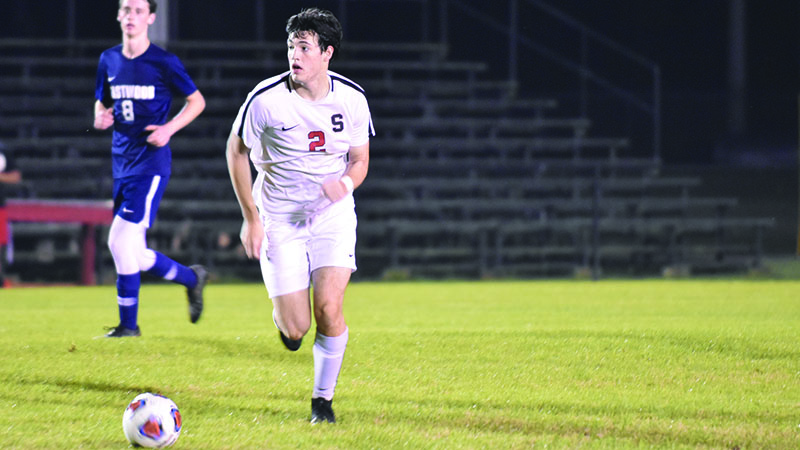 The Springwood boys’ soccer team sits 2-0-1 three games into the season, including a season-sweep against Macon-East.--File photo

Even though the program started just three years ago, the Springwood boys’ soccer team has its eyes set on winning a state championship.

“My goal is to win the whole thing this year, and that’s what we’re shooting for,” head coach John Linear said.

That dream isn’t crazy seeing how quickly the Wildcats have progressed in the short amount of time the program has been around. In their first year, the Wildcats reached the first round of the playoffs before getting knocked out. They reached the state semifinals in their second season.

“My goal is to win the whole thing this year, and that’s what we’re shooting for,” head coach John Linear said.”We’ve got a lot of guys back, and our goal this year is to win state.”

Springwood is led by a group of seven seniors in their starting lineup. All seven have been in the program since its inception.

“They’ve worked together as a team, and the way they play together, they’ve been working on it for a couple of years, so they know what the other person is going to do before they even do it.”

One of the seven senior starters is Coleman Hull. Hull was the Wildcats’ offensive ace, as he finished as the team’s lead goal scorer. Another important senior is Jack Brown, who scored a pair of goals in the Wildcats’ win against Morgan Academy that sent them to the state semifinals.

Alongside the two seniors is junior Kannon Key. Key played a major roll in the Wildcats’ offensive attack, finishing with timely goals and assists.

“I see a huge desire to win with them. Everything is business-like,” Lanier said. “They’re having fun, but they also have certain goals in mind. We’re trying to stay toward those goals.”

That business-like atmosphere is shown by the Wildcats seniors. Even though the goal is to win a state title, the Wildcats are focused on winning their next game.

“We’re just focused on winning one game at a time right now,” Hull said. “We have goals down the road that we want to get to, right now, you can’t get there unless you win every game along the way. Right now our goal is to beat Southern Prep tomorrow.”

The Wildcats travel to Camp Hill to play Southern Preparatory on Tuesday at 6:30 p.m. EST.

I don’t want them to take anybody for granted,” Linear said. “We’re going to go out and take care of business, take an early lead and put teams away.”