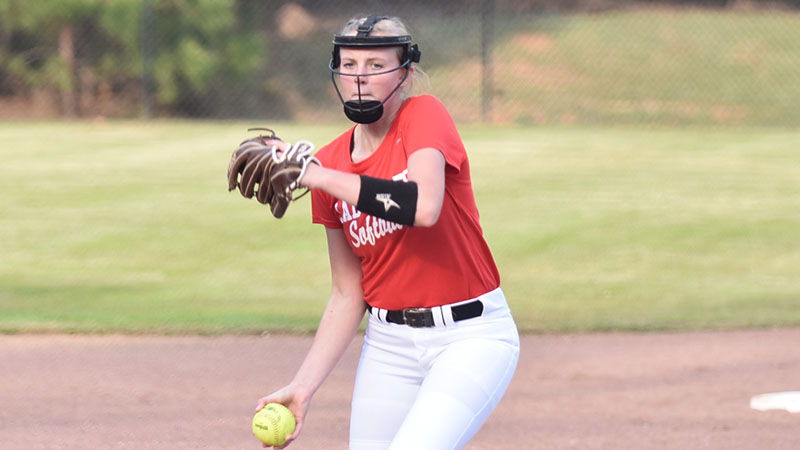 Springwood softball has split its first eight games of the season. The Wildcats will play on Monday against Autauga Academy at 4:30 p.m. EST.--File photo

For the last two years, the Springwood softball team has reached the AISA playoffs and has won a game as the four seed both years, but the Wildcats could never go on a run.

The 2020 Wildcats want to change that trend.

“Usually we’ll go to state and play a few games and come back home. We’re trying to get further into state this year where we can actually place,” senior pitcher and second baseman Emma Jennings said.

The Wildcats are led by a group of four seniors.

Jennings is the team’s starting second baseman and one of the team’s three pitchers. She has committed to Southern Union to be a pitcher and a second baseman for the Bison. McKayla Barber is the team’s starting shortstop, who can also play third and pitch when needed. She’s committed to playing basketball at Faulkner. Miranda Butler plays first base and pitches. Head coach Galen Smith believes the Wildcats are best defensively when she’s on the mound.

“My seniors make a lot of the decisions for the team,” Smith said. “It’s their time. They’re really big leaders in practice, taking control. They lead the stretches and agility. A lot of times, I can show up to practice and they’ve already gotten everything started for me.”

Alongside the four seniors, the Wildcats have a pair of freshmen stepping up, as Alyssa Burrows and Olivia Leavins led the team in hitting.

Just as it has in years past, defense is the Wildcats’ biggest strength, especially in the infield. When they’re not pitching, three of the four fielder spots in the infield are taken by seniors, while sophomore Bailey Morison has locked down third base. The sophomore has been playing under Smith since she was in the sixth grade. Leavins is the team’s starting catcher.

Through eight games, the Wildcats are 4-4, which is much farther ahead than they were last year, starting the year 0-9 before picking up their first win.

“I think we’ve kind of surprised ourselves a lot,” Barber said. “We haven’t had too many practices outside, so we haven’t seen too many situations. We’ve been able to hit well in games, and whenever we hit, we have momentum throughout the game.”

With all the rain the last couple of weeks, the Wildcats haven’t been able to get on the field and practice or play games, as six games have already been canceled because of the weather. This means they have been forced to work on game-type situations in Springwood’s gym, which is being shared with the baseball, track and both soccer teams.

While in a confined space, the gym offers a place for the Wildcats to get in drill work. On Thursday, the team worked on base stealing, while they’ve also been able to work on their fielding. The fielding drills consist of a coach hitting a softer softball or a tennis ball towards a player in order to read the bounce off the bat.

“That helps a lot with repetition because you’re in a small setting, so instead of hitting it all the way to the outfield, you can just hit it to that person over again,” Barber said.

Though there has been one benefit to being confined to the gym, the Wildcats have been able to stay in the batting cages and work on their swings.

“I think it’s really improved our hitting because we’ve been hitting in the cage a lot more,” Jennings said.

The Wildcats host a double-header against Autauga Academy on Monday, March 9. The first game is scheduled for 4:30 p.m. EST.