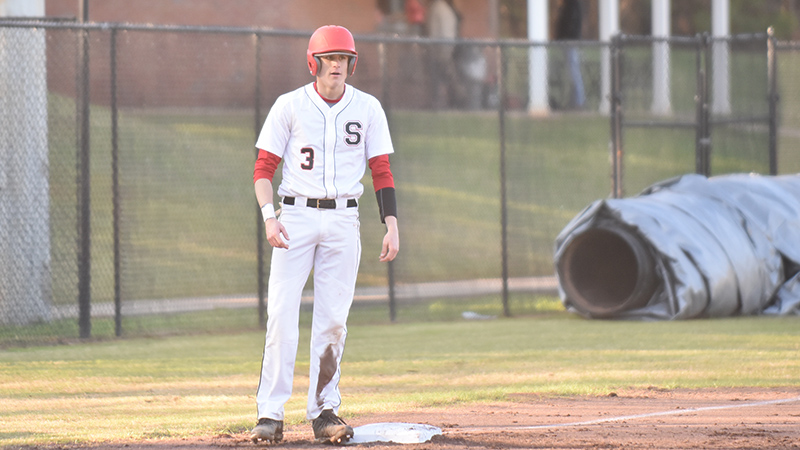 After struggling his junior year and into the early summer season to consistently find the strike zone, Springwood pitcher Sam Bradfield made a change.

“I wasn’t really in my head mentally last year. I couldn’t find the zone,” Bradfield said. “It carried over into the summer and my coach looked at me and said ‘let’s try something new.’”

Bradfield changed his arm angle from over-the-top, the traditional arm motion for a pitcher, to submarine.

The change helped him locate the zone again and add velocity.

“Everything just started clicking from down there,” Bradfield said. “I picked up some Velo, got more accurate and started to get some schools to look at me a lot more. I was able to control it more, throw it harder and got more movement.”

As a submarine pitcher, Bradfield’s movement jumped exponentially. He has four pitches in his arsenal: a four-seam fastball, two-seam fastball and two different types of sliders.

The change also allowed him to get noticed by some different colleges around the college, ranging from New Mexico and Illinois. The senior decided to commit to Fayetteville Tech Community College in Fayetteville, North Carolina on Nov. 11, 2019.

“They’re closer to home, but not close enough to where I’m right next to everybody,” Bradfield said. “I’m able to go out and meet new people.”

Fayetteville Tech is a larger community college, as it has close to 10,000 students on campus.

The academics is one of the biggest reasons that Bradfield committed.

“They have a lot of on-sight tutoring available, which helped out with my decision,” Bradfield said.

The Trojans are a fairly new program, as the team celebrated its inaugural season in 2019, but their coaching staff was hard to turn down.

“They’re just really kind to a lot of their guys,” Bradfield said. “I don’t want to go to a school and I not feel comfortable going up and talking to my coach about something if I need to. I just like their personalities and the way they came across.”

Bradfield is prepared to make the jump to the next level because of the time he spent during the summer working on baseball. He played for the Triton Rays, a travel ball team located out of Montgomery. He spent his summer in Montgomery at Next Level Academy, which has a dorm that Bradfield lived at during the summer.

During the summer, Bradfield would wake up, work out and start working on baseball. The Rays’ pitching coach was Julio Valdez, who is now a pitching coach in the Texas Rangers’ organization.

“That was probably the main thing that got me prepared for the next level,” Bradfield said. “It’s just 100% baseball over there. I gained 35 pounds over there.”

Bradfield plans to pick up a trade after college, so his plan at Fayetteville Tech is to figure out what type he wants to go into.