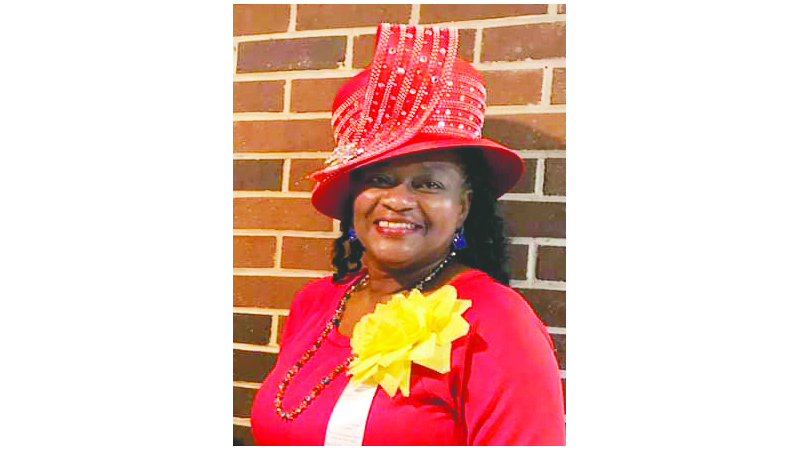 Like most people in Alabama, Friday, March 13 started off as a normal day for Gretchen Holloway.

She worked a full day at W.F. Burns Middle School, where she teaches sixth-grade social studies and reading. She stayed after school to get things done for the weekend. While staying after school, she started to develop a cough, which continued throughout the evening. As the evening became night, her body started to feel more fatigued.

When she awoke on Saturday, her body was still fatigued, so she stayed in bed all day. On Sunday, she continued to feel worse, so she went to MainStreet Family Care Urgent Care Center. There, she was told the cough was just a viral cough and was given cough medicine and ibuprofen to help the cough and the headache that had developed.

She went home and rested before traveling to Carrollton, Georgia for a wake. She stayed overnight in Georgia and attended the funeral for her best friend’s mother on Monday.

On Monday, she started to feel better than she had during the weekend, so she returned to school on Tuesday. While at school, her health took a turn for the worse. Her symptoms returned and her body started to ache.

“It was kind of like the flu, but it was more intense. I had tremendous body aches along with joint pain,” Holloway said. “I had a sore throat, but it wasn’t a normal sore throat. It was like my throat was swelling from the inside.”

After school, she went home and straight to bed. On Wednesday, March 18, she woke up feeling worse than she had felt any other day.

Since she’s already had the flu before and with all of the updates on the news, Holloway knew that she wasn’t dealing with the flu or pneumonia. She called the COVID-19 hotline for the first time. She gave the operator her information and was told that she would receive a call from a doctor once her information was checked by a doctor.

Since she had not received a call by Thursday and started to feel worse, Holloway called the hotline again, repeating Wednesday’s process. She called back on Thursday and repeated the same process as the last two days. This time she received a call from a doctor, calling her into the hospital for a test.

She went to EAMC Lanier for her test. She drove up and was directed to a tent where she had to go give her name and date of birth from inside her car, while there were signs saying “do not let your windows down.”

After her information was checked, Holloway drove into a tent, where a hospital employee gave her hand sanitizer and a Kleenex, and she was told to blow her nose. After she blew her nose, the employee stuck a swab up her nose and the test was over. She was told the test results would be done 72 hours later.

During the waiting period, all she could do was lay in bed. She only ate because she needed to for medicine. She could only eat half a can of soup, either chicken noodle or chicken and rice, oranges and bananas since she had lost her sense of taste and smell. She needed to put salt on the oranges to be able to eat them.

“Everything tasted so nasty,” Holloway said.

At the end of the 72 hours, it was confirmed that Holloway had COVID-19.

For her recovery, she was told to stay at home rest. She thought it would be a good idea to study her bible, but she just couldn’t muster the energy.

“I kept saying that it would be a good time to study my bible because I am a minister. I can work on some sermons, but my body just would not allow me to do anything,” Holloway said. “I didn’t want to watch TV. I didn’t want to talk on the phone. I just wanted to sleep.”

While in her time of isolation and recovery, different family members, friends and even people she had lost touch with were filling up her steps with food and different goods.

“It was just such an inspiration to me just lifted me,” Holloway said. “Each time someone would bring something you know, there’s something inside of me with feel just a little bit better.”

“They would just call and text ‘check your step.’ It was amazing,” Holloway said.

It’s been about three weeks since Holloway was diagnosed with COVID-19. She started to feel better around March 25, even though she was still dealing with a cough and a lot of fatigue. This week is when she’s felt the best.

Throughout the three weeks she was fighting off the coronavirus, Holloway continued to pray. She trusted God’s plan.