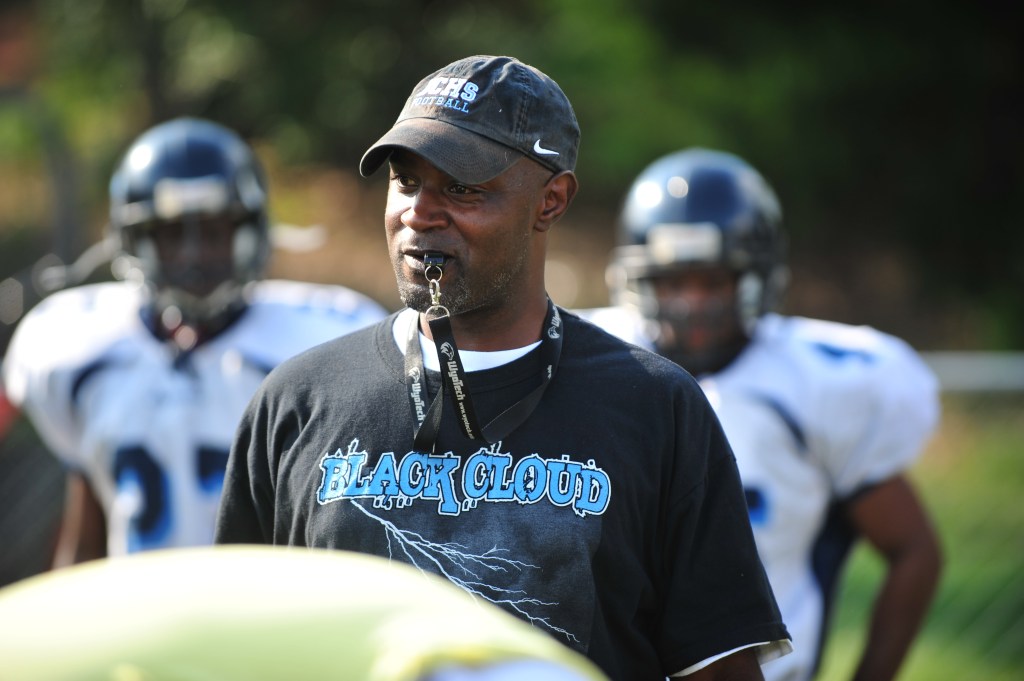 Juan Williams coaches Barbour County during a practice. Williams joined LaFayette after James Lucas stepped away from the program in December.

Throughout his 14  year career as a head coach, Juan Williams has built programs from the ground up, taking over programs that were commonly thought as an automatic win and turning them into a threat every time they stepped onto the field.

“I’ve always been drawn to be the underdog,” Williams said.

Williams was hired to be the new LaFayette head football coach and athletic director in January, a month after James Lucas stepped away from both positions.

He has a history of turning around programs but hopes to continue the sustained success at LaFayette, which has had five consecutive winning seasons.

Williams started his head coaching career in 2006 with Barbour County. The Jaguars were in their sixth year as a program totaling 11 wins and three different head coaches in that time. Williams stepped in and started to build the team into a playoff threat.

“I didn’t think it was about me, I thought it was about the people around me,” Williams said. “We got a good group of people together in the community and just felt that we could do something that everybody believed in.”

In his first year, the Jaguars finished 1-9, but the following season they won three games and started to build toward the future.

In 2008, the Jaguars started the season 3-2 with two region wins before rattling off five-straight victories. They finished 8-3 and won the region for the first time in program history.

In his eight years at Barbour County, Williams finished 38-46.

“We did something they said we couldn’t do,” Williams said. “We won a region with 21 players.  I did it with great young men who are doing something in life right now.”

Barbour County is still looking for its first win since his departure after the 2013 season.

In 2014, Williams was on the sideline for Monroe County. The Tigers had won five games the previous two seasons, two of which were by forfeit.

The Tigers struggled in Williams’s first year, finishing 0-10, but just as he did at Barbour County, Williams started to build a program. The Tigers finished 4-6 his second year, missing the playoffs by one game. They finished 5-5 in 2016, the most wins in a season since 2006.

In his four years as the head coach of the Tigers, Williams finished 12-28, the most wins by a head coach since Arthur Davis, who coached the Tigers from 2001-2004.

From the 2018-19 seasons, Williams coached at Greensboro High School, finishing 6-14.

In the 14 years he has been a head coach, Williams has coached at three schools, which was one of the biggest selling points for Chambers County Superintendent Dr. Kelli Hodge.

“So often when you see a coaching resume, you will see that they move from here to here to here,” Hodge said at the school board meeting in January. “This man has been a coach since 2006, and he’s only been at three schools.”

When he interviewed for a job, Williams’s platform was simple. He said he’s going to improve the program to a place that is better than when he took it over.

“I don’t like to leave until its better than what it was,” Williams said. “I’m here to work tirelessly to get it done.”

“Back when I was at Barbour County, we played LaFayette, and it always tantalized me about their athletes and their ability to compete,” Williams said. “I still like small-school ball, and it was an opportunity to get back to that and get back to seeing kids that love the game.”

The Bulldogs reached the second round of the playoffs last year and are the best situation that Williams has stepped into during his career.

Under Lucas’s leadership, the Bulldogs racked up 41 wins and reached the playoffs every year since 2015. But that success doesn’t change how Williams plans to run the team.

“I’ve always had to try and do something from the ground up,” Williams said. “But I don’t think  you can take off because of that. I’m going in with the same ideology that I’ve done with other programs.”

Williams has two main challenges heading into his first year as the Bulldogs’ head coach. The first is he is losing 12 seniors off the 2019 team, so a number of younger players will need to step up this season. It is also hard for Williams to evaluate his team because they weren’t able to go through workouts to end the school year because of COVID-19.

“We’re young, and it’s going to be hard,” Williams said. “It’s  going to be an unprecedented hourly thing to get this back where we felt we were getting.”

While he is spending most of his time working with the athletic department,  Williams has always been academics first, which was another big selling point to Hodge and the rest of the hiring committee.

“It goes back to being a person,” Williams said. “You can play all day, but what are you going to do when you leave LaFayette High School? I want someone there to teach them that athletics might leave you. When it leaves, what can you do? My goal is to see a kid with a dream and a plan because someone had one for me.”