After 14 years, Dr. Phil Tranqui to move on from EAMC-Lanier 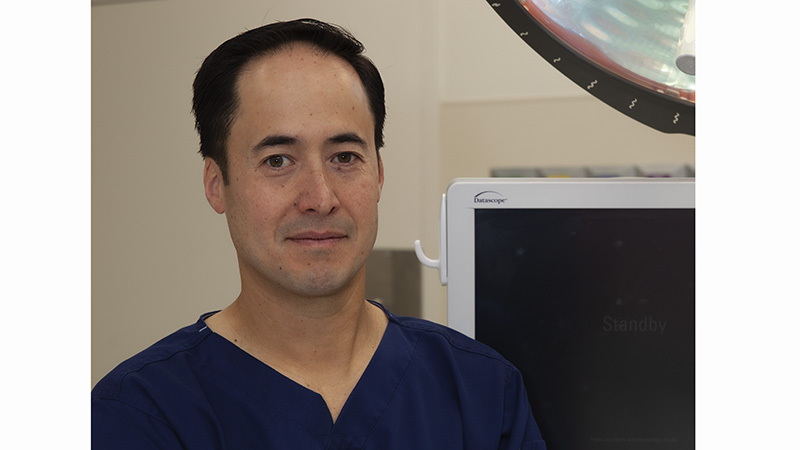 Dr. Phil Tranqui is moving to a new hospital after spending 14 years at EAMC-Lanier. -- Cody Estremera

A little longer than 14 years ago, Dr. Phil Tranqui was nearing the end of his general surgery training at the University of Ottawa. Knowing that he wanted to get away from the cold weather, Tranqui started to look outside of Canada and looked into the south.

“The winters are pretty harsh in Canada, and it was a way to find some nicer weather,” Tranqui said. “I was looking at various places in the U.S. and Valley just happened to be the right time and right phone call.”

He came to Valley to visit EAMC-Lanier and tour the hospital. The opportunity seemed right, so he decided to move nearly 1,300 miles south to West Point.

“Everyone was nice. The community seemed great,” Tranqui said. “Kia was just breaking ground, so it looked like there was plenty of opportunity and growth.”

Even though he had been to a couple of states before moving to Alabama, it still took some time to adjust to life in the south.

“It was very different,” he said. “Even some of the lingo was something that I had to learn. When someone first told me how to dial an outside line, they said to mash the nine. I had never heard the term mash. Learning the lingo was great. I enjoyed it.”

For the most part, Tranqui has gotten used to southern phrases, like y’all and cattywampus, but every now and then, there will be something that he has to piece together through context clues or ask the meaning of a phrase or word.

Since moving from Canada, Tranqui has worked at EAMC-Lanier. In those 14 years, the staff has become a second family to him.

“I’ve become very close to the people, the employees and the workers from all levels,” Tranqui said. “Everybody in the hospital I’ve gotten to know very well, and so they really become like a second family to me.”

Since EAMC-Lanier is changing its surgery center into an ambulatory surgery center, which means there will be only out-patient types of procedures, Tranqui started looking into making a career change.

The change in the hospital would limit the different types of procedures that he would be able to perform, and one of his favorite parts of being a surgeon is maintaining a variety in his practice.

“I want to be able to do a full spectrum of general surgery,” he said. “I enjoy the smaller patient procedures, but I also enjoy the more invasive procedures, those that might need more critical care support or ICU support. That’s why I chose general surgery — because of that variety.”

Through the numerous types of surgeries he performs, Tranqui has been able to meet a range of people from the community. He’s been able to treat children, adults and the elderly in various types of procedures.

“The patients have been great to get to know. The people in Valley have been very welcoming to me,” Tranqui said.  “I’ve enjoyed working with them quite a lot and just being able to bump into them at the local Walmart or Kroger and talk to them. It’s been very nice to be part of this community.”

Tranqui and his family will move to Limestone County, where Tranqui will start working at Athens Limestone Hospital.

“I’m very grateful to the community,” Tranqui said. “I’m excited to start a new chapter, but I’m  also very sad to go and will miss everyone in the community.”