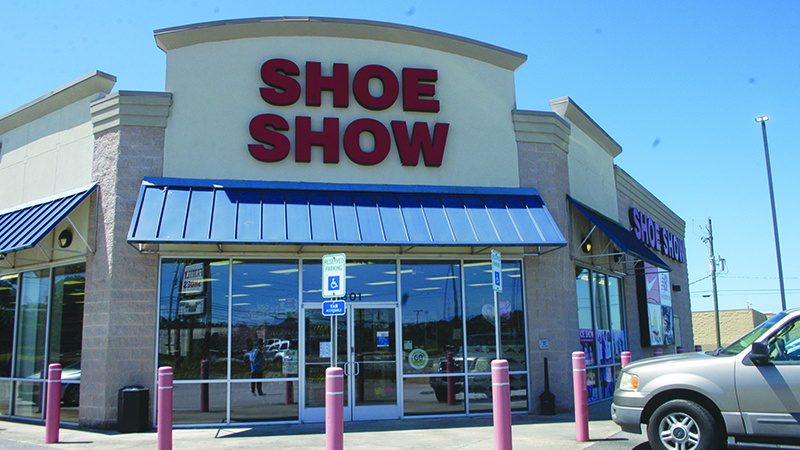 Local stores are starting to open after being forced to close in April due to COVID-19.-- Photo by Wayne Clark

A number of retail stores in Lanett and Valley were open for business on Friday for the first time in close to six weeks. They’d been closed since the middle of March by order of the governor due to the spread of the coronavirus.

The management and employees of the businesses were pleased to get back to work and want to get across to the public that they are going the extra mile in making their businesses as sanitary as they can be, that they will stay within a 10-person limit and practice social distancing.

Doug Clark, owner of Clark Interiors in Lanett, told The Valley Times-News that his business had been closed since March 12.

“We’ve paid our bills and took care of our employees since then,” he said. “Bills don’t stop and they don’t pay for themselves.”

Clark said he was looking forward to seeing his customers again.

“Bedele and I have been staying at home for the most part since the middle of March,” he said. “I miss people and not being able to talk to them. I’ve also missed my church family at the First Baptist Church of Valley.”

Doug, Bedele and their delivery men will be wearing masks during the working hours and are asking customers to do the same. They will be practicing social distancing in the store and will stick to the governor’s 10-person limit.

Doug and Bedele have had the store for more than 30 years now.

“We have had a good run,” Doug said. “We’ve very much enjoyed it, especially the people we have gotten to know.”

Another Lanett business reopening for the first time since mid-March was Bluffton Street Antiques/Resurrect Antiques.

Ivis Tumovs, who works the two businesses, said he was pleased to have the doors open for customers once again.

“I am so thankful we are back in business,” he said. “We have to have our businesses open to keep the economy from worsening. We want people to come and see us and to know we will do all we can to keep them safe. We won’t have more than 10 people in the store at any point in time, and everyone will be at least six feet apart.”

Two businesses on Gilmer Avenue, Pawn City and Colorvision, have been partly open for a couple of weeks now. They have been able to take payments over the phone or at the curb in front of their business. Both can be fully open to the public now.

“The shutdown was pretty hard on us,” said Colorvision Manager Donna Huckabee. “We could take payments but couldn’t sell or deliver anything. We are glad to be getting back to normal.”

The employees were kept busy during the closure.

“They power-washed the parking lot and striped it,” Huckabee said. “They also sanitized the inside of the store and did some interior painting.”

Pawn City Manager Scott Hilyer said that his store was partially open on Friday and will be fully open to the public on Monday.

“We will keep our customers safe,” he said. “We will have no more than 10 people in the store at any time and will maintain social distancing. We have plenty of hand sanitizer on the counters for employees and customers. We are so pleased to be back in business and are eager to see our customers again.”

Shoe Show Manager Tabitha Strong said that she and her staff were really happy to be back in business again. The store is located on Highway 29 in Valley, next door to Chuck’s Barbecue.

“We were closed for more than a month,” she said. “It’s so good to be up and running again.”

Located in the Village Square Shopping Center in Valley, Cato’s Ladies & Children’s Apparel opened during the noon hour on Friday.

“I got here this morning at 10 a.m., and people were here ready to enter,” said Store Manager Sharon Groover.

Groover and her staff did some cleaning and sanitizing before opening to the public at noon. The Valley store is open from noon until 6 p.m. EDT Monday through Saturday and from 1 p.m. until 5 p.m. on Sunday.

All Cato stores are cleaned with disinfectant prior to opening, every two hours while open and one more time at the end of the day.

Equipment such as phones, registers and light switches are regularly sanitized with disinfectant as are door handles, countertops, bathrooms, fitting areas and faucets. There’s a limit of 10 people in the store at any one time. Everyone is asked to stand at least six feet apart.