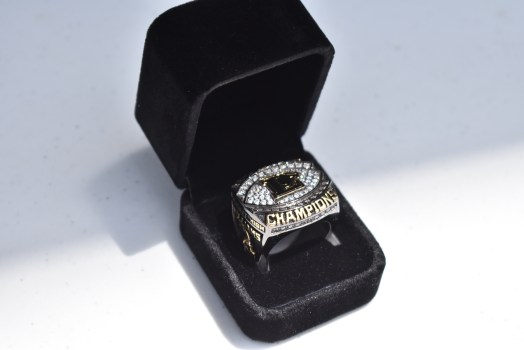 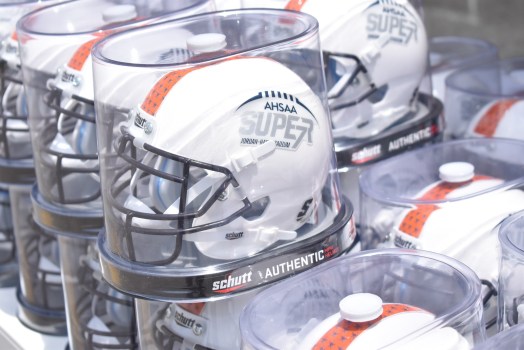 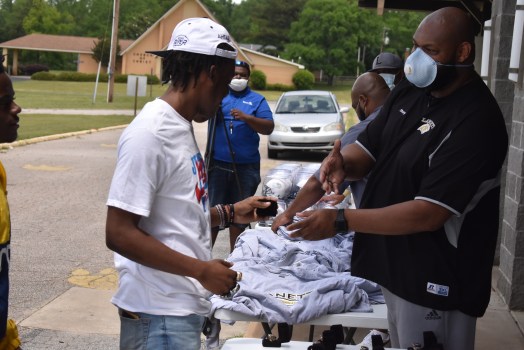 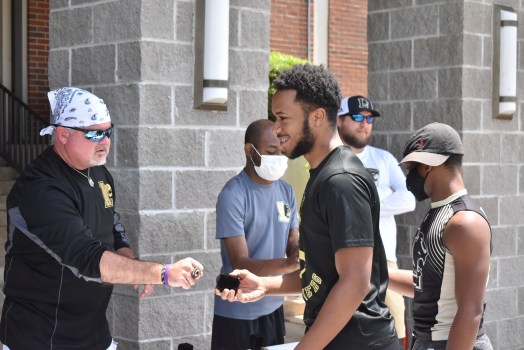 On Dec. 5, the Lanett Panthers football team claimed its second state championship in three years. Five months later, the Panthers got their rings.

“We’re thankful that we were able to give them out today,” Lanett head football coach Clifford Story said Tuesday. “These guys have worked extremely hard. They’ve done everything we’ve asked them to do, and I wanted our ceremony to be much bigger than this, but unfortunately, we weren’t able to do it.”

Because of COVID-19, the arrival of the rings was delayed by about a month, as the rings were supposed to arrive by the end of March, but once the company was able to send out the rings, Story received confirmation that they were on their way.

“My guys have been calling constantly and texting wondering when they’re going to come in,” Story said.

School was dismissed on March 16, so the giving of the rings was the first time that any of the coaches had been able to see members of the team in months. There were a lot of fist bumps and jokes shared between the staff and players.

Alongside receiving their ring, each player received a t-shirt with the words “Lanett 1A State And Region 4 Champions” etched across the middle and a little helmet with the AHSAA State Playoff logo on the sides.

“To see them get out of the car just put a smile on my face. I’m so ready to get them here and start lifting weights, running, training and preparing for the fall,” Story said. “I’m just ready to be with my boys. I miss them tremendously.”

Even though Tuesday was a day to celebrate the 2019 team, Story is looking forward to trying to claim his third ring in December of 2020.

“I’m already thinking of this upcoming year because once you get them, it just seems like something comes over you,” Story said. “Just the preparation, hard work and the commitment that goes into it, as a staff it’s really working.”

Since they can’t condition as a team, the Panthers’ coaching staff has been sending out workouts for the players to complete while at home. If the players don’t have access to weights, the coaches said to fill up water jugs and backpacks to add additional weight and to do more reps.

Some players have been putting up workout videos and different drills on social media, showcasing their hard work.

“We give them workouts but these guys know how to work. They do extra stuff on their own, but we’ve been putting together workouts,” Story said. “To see them self-motivated, that’s key. If you have a kid that’s self-motivated, then you’ve got something special because it’s hard to get a high school kid off the couch to go out and do what they’re supposed to do to be successful.”

The Panthers are scheduled to play their first game at Morgan-Washburn Stadium on Aug. 28 when they host the Valley Rams.