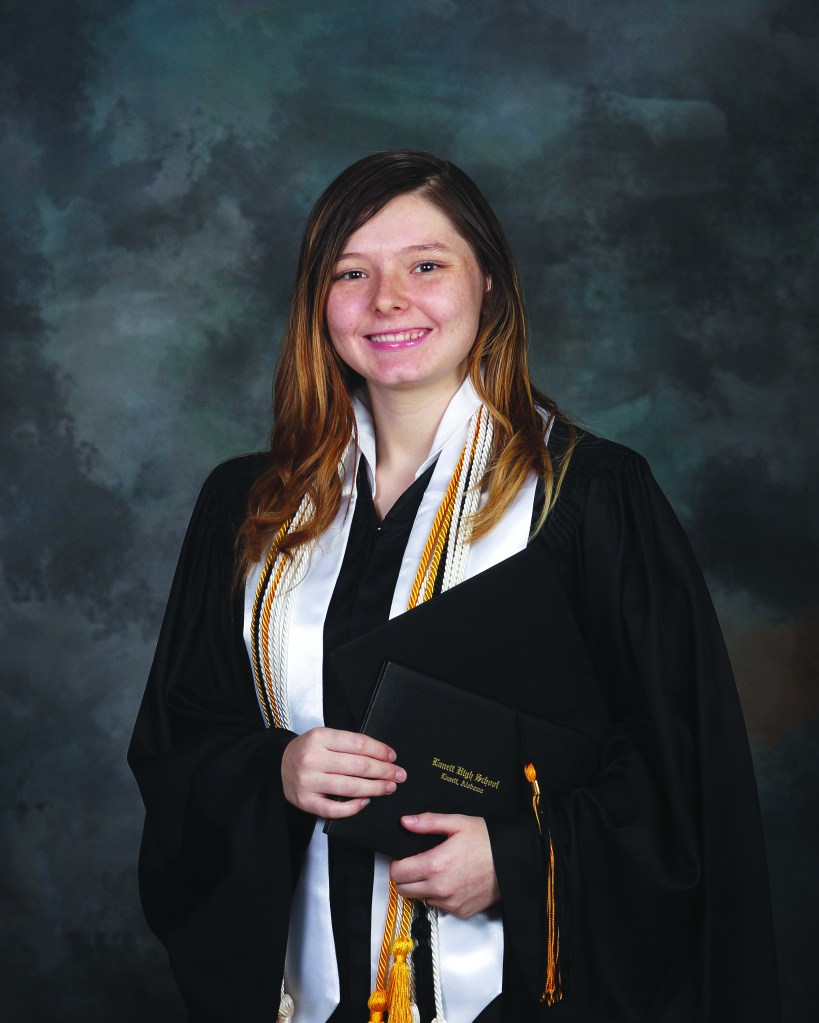 top of the class: Lanett senior Hailey Robinson was named valedictorian of the class of 2020.

Hailey Robinson knew that she had a good chance to be valedictorian because of the hard work she had put into her academic career at Lanett. She and salutatorian, Shaunna Villasana Brown, were in a competition to see who would be the top of the class, and they found out together during the last week of school.

The pair was given the graduation ceremony program and Robinson’s name was listed for the valedictorian speaking portion.

“I’ve always been a competitive person with education, so I knew since my freshman year that I just had to keep up with it and keep maintaining my good grades and good behavior,” Robinson said. “I was proud of myself because I had difficulties, but I didn’t let those stop me. I kept going.”

Robinson has had a fair share of difficulties that she needed to overcome. When she was just 8-years-old, Robinson was taken out of her home and placed in foster care. Since then, she’s lived in Lanett.

In her 10 years in the Lanett School District, Robinson’s favorite part has been the families that have welcomed her throughout her journey.

One of the teachers that helped push Robinson throughout her high school career was Jacquis Cofield, who teaches math at the high school.

“It was her attitude,” Robinson said. “She was the teacher that always gave you that extra push and wouldn’t let you give up. She was always there.”

In her four years at Lanett High School, Robinson was part of student council, National Honor Cociety, math club, played basketball as a sophomore and helped out with the football team. Her favorite experience was participating in the math club and student council.

After Saturday’s graduation, Robinson will attend Southern Union and will transfer to a four-year college after. She will pursue a degree in social work so she can help people that were in the same situation she was 10 years ago.