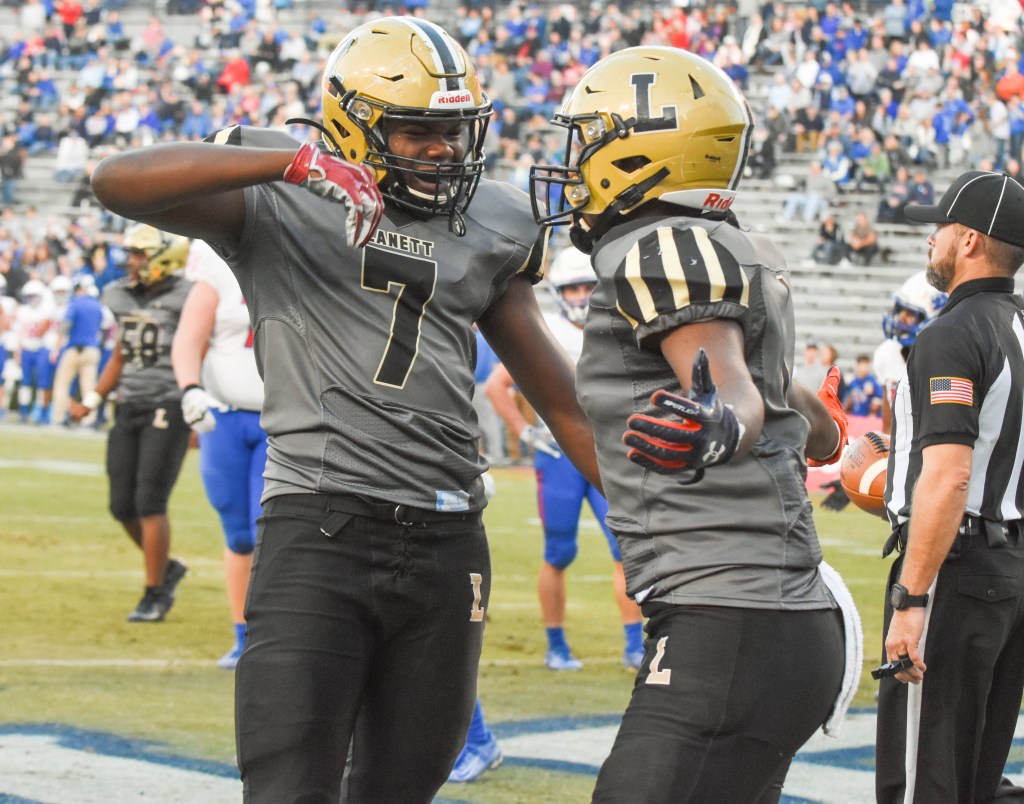 Tight end Travanta Abner celebrates in the end zone during the 1A Championship game against Mars Hill. --File photo

For many high school athletes trying to achieve their dream of playing sports in college, the summer is an important time to get their highlight tape and measurements to coaches, alongside attending various camps.

COVID-19 has made the normal recruiting process harder for college coaches to find players and high school coaches to get their players’ names out to the coaches that are looking.

“It has been a lot of Zoom-ing, a lot of phone calls and text messages,” Lanett head coach Clifford Story said. “It’s harder to sell a kid just through the phone because they [college coaching staff] can’t see them.”

Contactless recruiting will have to continue, as the NCAA extended its recruiting dead period until July 31. The original dead period was set to expire on April 15, but it has now been extended three times. During the dead period, coaches are not allowed to have any in-person interaction with recruits.

However, that hasn’t stopped recruiting.

“I have been submitting a lot of information to them, especially for my rising seniors. I’m still glad the college coaches are still in their office doing the work they need and are still reaching out to me about some of the players that we have,” Story said. “I just can’t wait until I can get them [the players] in front of them [the college coaches]. When I tell a coach that a guy is 6-foot-2,  they want to see measurements. They want me to put them against a wall, get a wingspan, all those things that I haven’t been able to do that, but it’s coming soon.”

Lanett had 10 juniors on its 2019 1A championship team. Of those 10 players, four have at least one college offer, while a couple of others have been in talks with recruiters.

Perry Jones has three college offers, which is the most offers of the group. The 6-foot lineman has received offers from LaGrange College, Sterling College and the Atlanta Warriors. His most recent offer came on May 20.

Larontavious Hurston, Kelvin Zachery and Trey Abner each have picked up one offer.

Hurston led the Panthers in receiving yards and touchdowns in 2019, finishing with 731 yards and 14 TDs and finished second in catches with 40.

Abner has an offer from Tennessee State University, which he received on April 1, and has been receiving interest from Austin Peay. The 6-foot-3 tight end finished with a team-high 41 catches and finished second in yards and touchdowns with 672 yards and 12 touchdowns. He was also named to the Alabama Sports Writers Association second-team All-State as a linebacker.