Stoddard focuses on the moment 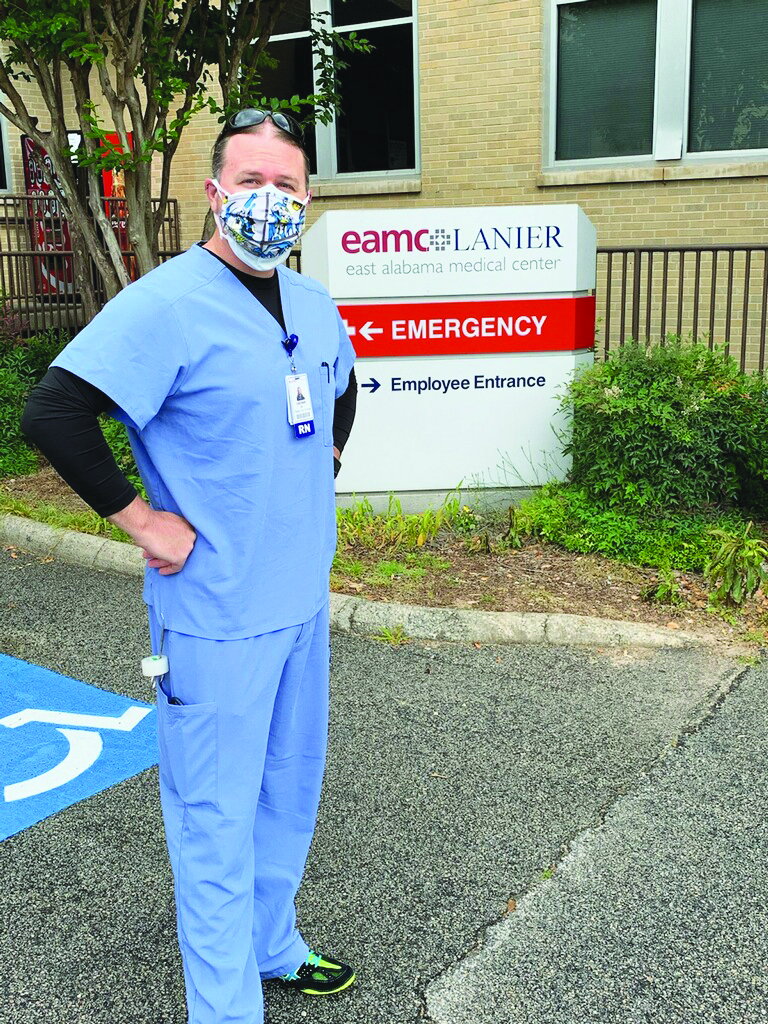 After living with snow for his entire high school career, Jonathon Stoddard wanted to get away from the cold for college. He drew a line that started at the Tennesee and Kentucky border and decided he was going to a school south of that line.

“My dad was in the Navy, so I was born in Idaho. My mom’s side of the family was from San Diego, and my dad was from Detroit. And we lived pretty much everywhere in between,” Stoddard said. “I went to high school up in Michigan and I was over the snow.”

He started on the pre-medical track, as he was trying to become a doctor, but organic chemistry had a different plan for the then 17-year-old. He switched majors and graduated with a degree in business. While he was working for a real estate company, some of Stoddard’s friends graduating with nursing degrees, and that desire to enter the medical field reentered Stoddard’s mind.

He enrolled in Southern Union and received his Associate’s Degree in Nursing a couple of years later.

“It really was like, I’m back to where I wanted to be,” Stoddard said.

Stoddard’s desire to enter the medical field steams from the experience of his grandfather. Stoddard’s grandfather had Amyotrophic lateral sclerosis also known as ALS or Lou Gehrig’s disease.

“Seeing how the health care folks came into his world and helped him deal with that disease, and it just make everyday life just a little bit easier. That’s why that’s what made me want to get into medicine in the first place,” Stoddard said.

“There’s a very community family feel to this hospital,” Stoddard said. “The people we help in this area, they’re part of your family. I like how rural and small and close-knit this is because, in San Diego and the big cities, you’re an ant in a hive. Around here, everybody is pulling together.”

Stoddard has spent most of this eight years in the ICU, but now he works in the Emergency Room. At first, he was nervous about making the switch but after working there for some time, he has grown to love it.

“The thing that really scared me at first was you never know what’s going to come in,” Stoddard said. “I was afraid of infectious diseases. In the ICU, you know from a report that someone possibly has it, so you’re already gowning up and preparing. In the ER, they’re coughing on you. I was always afraid of that.”

One of Stoddard’s favorite parts about working in the ER is that he gets the opportunity to work with children, which is what he wanted to do originally when he entered the medical field.

“I’m a kid at heart. I interact with kids,” Stoddard said. “I can relate to them and get them to trust us. I enjoy that aspect because pediatrics is something close to my heart.”

Stoddard, like most other workers in the ER, has been forced to adjust to working with COVID-19.

Procedures change a lot because of the understanding of the disease and the best way to treat the disease is constantly changing.

“You take a job that’s already somewhat difficult and then you might as well do it underwater, which isn’t impossible. It just means you have to be a lot more flexible,” Stoddard said. “I try to stay in the moment because that is the only thing I have control of. If I worry about the past, I’ll get caught up in it. The future isn’t written yet.

“All you have is right now, so I keep my mind focused on right now, what can I do right this moment. I try to do what I can and while I’m in the position I’m in guided by God and do the best I can.”