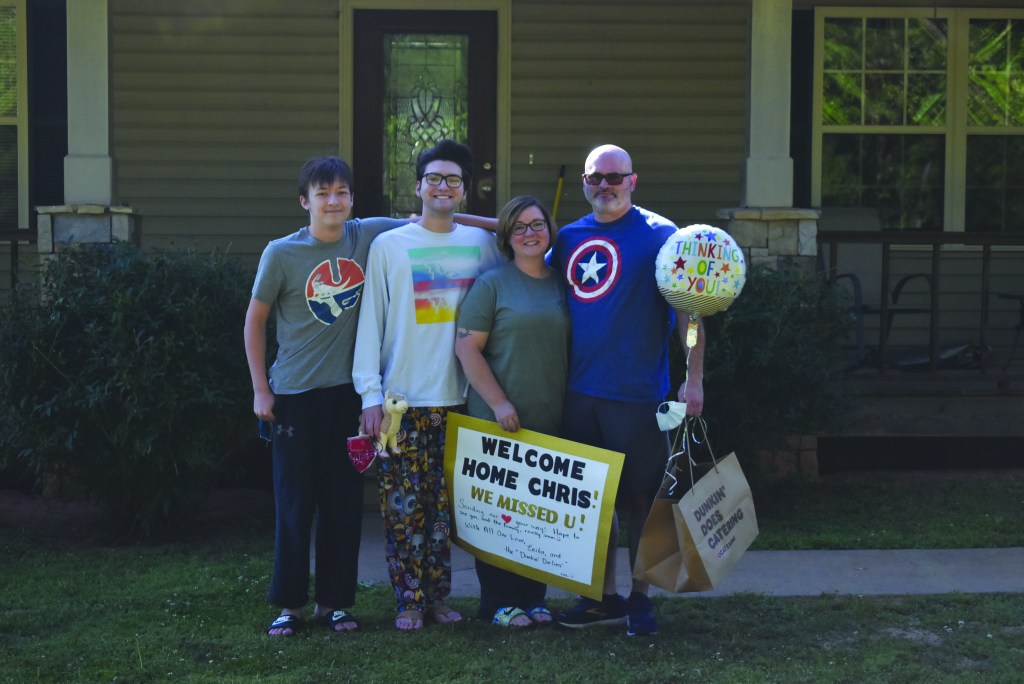 Valley Police Lt. Chris Daniel returned home after an eight-day stay in the hospital because of COVID-19. Daniel, his wife, Kelli, and sons, Connor, and Collin, pose for a picture after the drive-by parade.

After an eight-day stay in the hospital because of complications with COVID-19, Valley Police Department Lt. Chirs Daniel was able to go home on Wednesday night. His wife, Kelli Price, put a Facebook status up to share the good news.

Her uncle, Ricky Price, saw the post and commented “parade?” and started the idea of a drive-by parade to welcome Daniel home from the hospital.

“I’ve seen a lot of people have these parades, and he deserves it just as much as anybody,” Price said. “We just want to give them a smile.”

Once Price posted on Facebook about an idea of a parade, different family members and friends started to figure out how to have the parade.

Both of Daniel’s parents were in the front of the parade line. They were flanked by Price and several members of the Valley band boosters since Daniel’s oldest son, Connor, is part of the Rams’ band.

Led by a police car, 10 different cars drove by the Daniel’s house. Some had writing on the windows, while others had signs that they stuck out of windows while driving by. One family friend brought the family food from Dunkin Donuts.

Three of the four members in the Daniel household were diagnosed with COVID-19, but Daniel was the only one who had developed pneumonia and needed to be hospitalized.