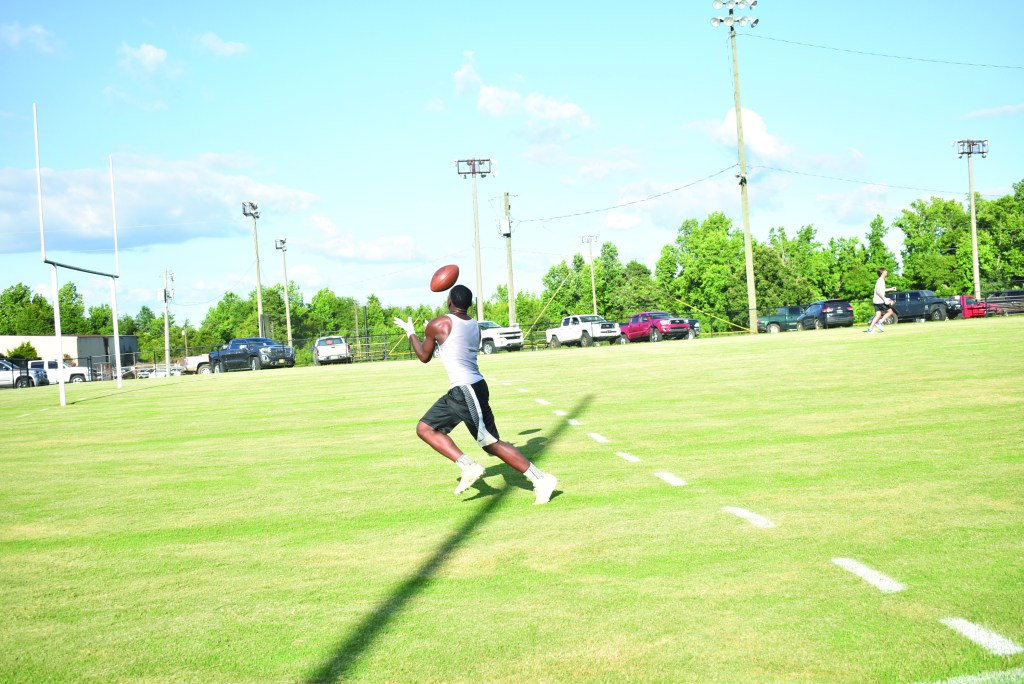 After playing in five consecutive 1A state championship football games, Chambers Academy is moving up.

In 2020, the Rebels will move up to 2A. For some of the Rebels’ players, the goal is to beat Autauga Academy, who won the 2A AISA State Championship a year ago, but for head coach Jason Allen, he’s just taking each game as they come.

“There are several good teams in 2A,” Allen said. “You can’t focus in on one team. You have to say we’re going to try to be the best we can be.”

Allen thinks the Rebels will be able to adjust relatively easily to the jump because of the work they put in and the schedule they’ve played in the past.

In 2019, the Rebels faced eight teams that reached the playoffs, including two that played in a state championship game.

“I don’t think our schedule is going to be any more demanding than it was last year because we played the 3A state champ [Bessemer Academy], Tuscaloosa [Academy] was one of the top four teams in 3A,” Allen said. “Our kids are going to respond to competition, and I like our talent against anybody.”

The Rebels will need a couple of players to make an impact in 2020, as they lost several key members of their team that played in several championship games, mainly eight seniors that started at a couple of positions. Three of those seniors will be playing college football.

Along with developing talent from within his system, Chambers had added more than 10 players to its roster by the start of summer workouts.

“It’s a transition, but they’re learning our ways and they’re quickly adapting to our culture,” Allen said. “They’re encouraging one another. They’re working hard. I’m very excited that the kids are here. It’s brought more competitiveness to our team. There’s a lot of really good football players on our team.”

Even in the short time the team has been together, the team is already forming bonds and chemistry.

“It’s nice to have something new and fresh to teach new people and work them in the way of our system,” senior lineman Dean Sheffield said. “They enjoy coming out here to a system that focuses 100% on one goal and what they want to do.”

The new faces have been able to adapt to Allen’s coaching style and workouts so far, as several of them are vying for a starting job in the fall.