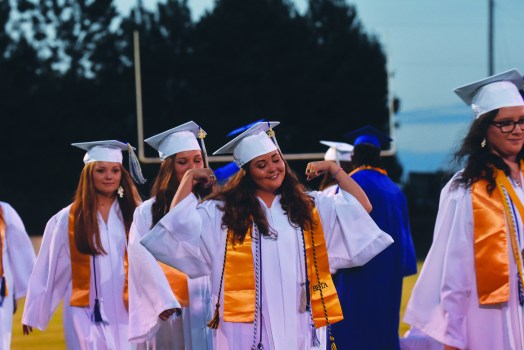 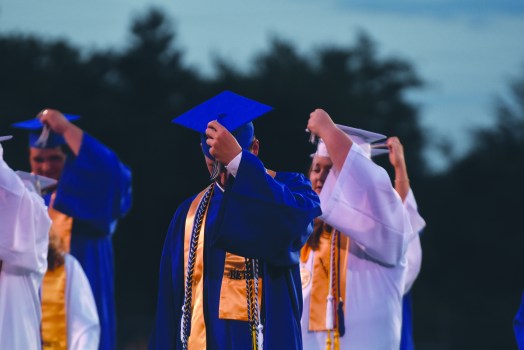 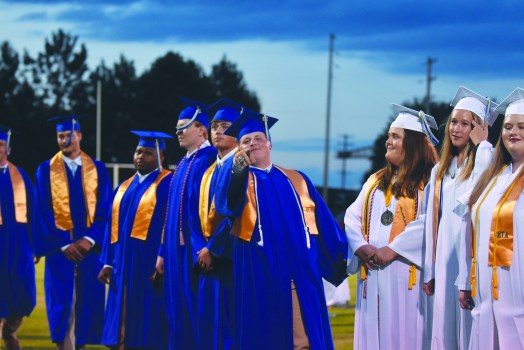 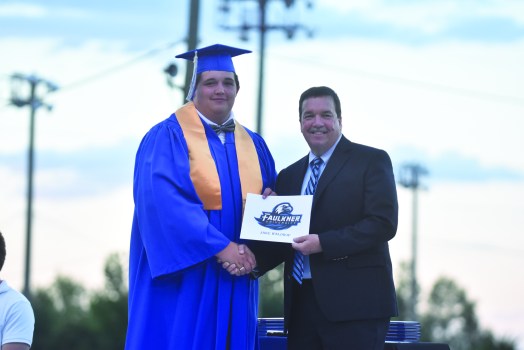 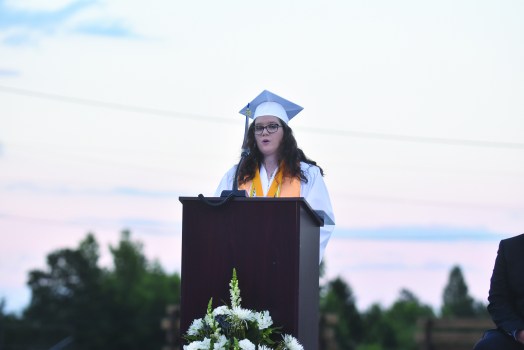 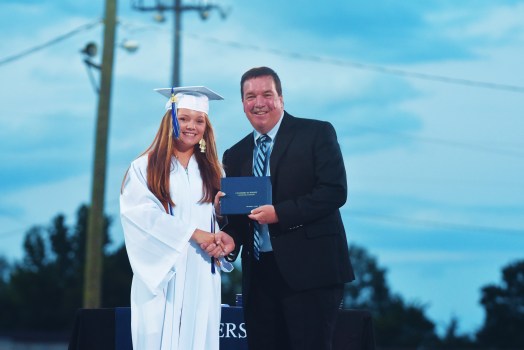 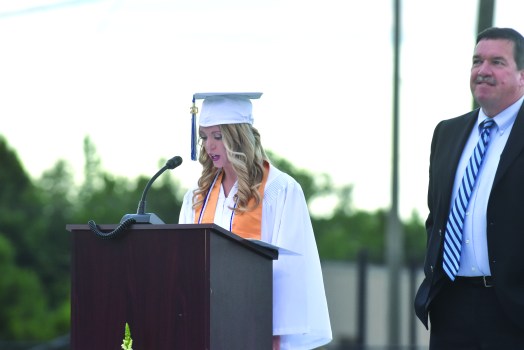 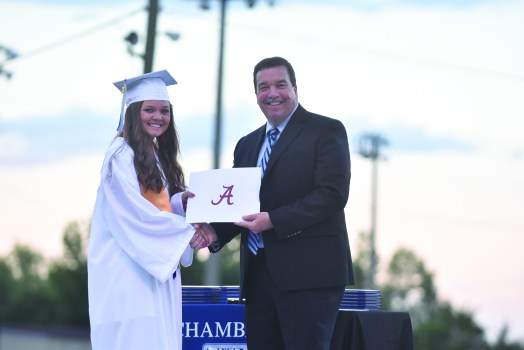 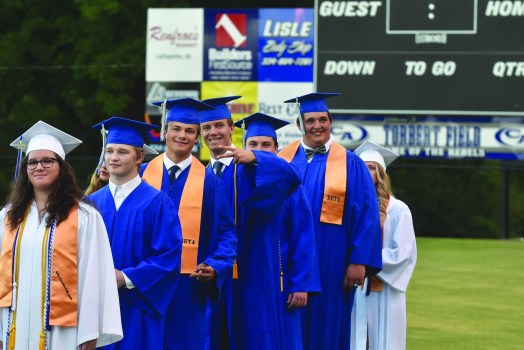 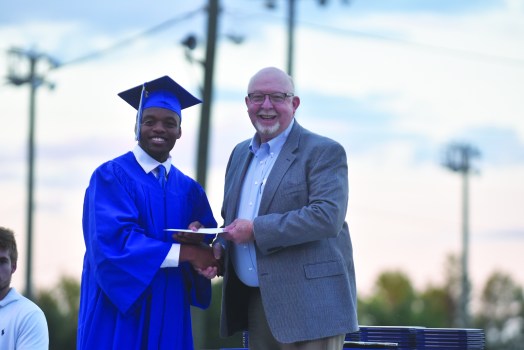 The final 2020 graduating class in Chambers County was able to walk across the stage and get their diploma Thursday night, as Chambers Academy held its graduation ceremony on Torbert Field.

In their blue and white caps and gowns, the class of 24 students walked from the Chambers Academy football locker room and proceeded down the home sideline in front of their families and friends.

After a prayer and the pledge of allegiance, class of 2020 president Peyton Lamb addressed those in attendance.

Lamb also praised her classmates for staying positive during all the cancellations the class had to go through.

“We are no strangers to adversity,” Lamb said. “As your class president, I am so proud of you for showing grit, determination and positivity during this rough time. I want you to know that the world is waiting for you. With God by your side, you can accomplish anything you dream.”

Following Lamb was Braxton Allen, who was named Mr. CA for the class of 2020.

Allen read off a poem that talked about every member of the class of 2020, rhyming a quality about them with a quick quip.

“It’s June 18, 2020, a day that almost never came. Trials and struggles, we’ve had plenty, including not playing our last baseball game. While we may have not graduated in May, call it our claim to fame, we still have some things we’d like to say. So please remember our names,” Allen said. “We’re the class of 2020, we don’t need an introduction. Today’s the end of our high school production.”

After Allen spoke, Chambers Academy guidance counselor Emily Milford offered the class advice that she would have said during the baccalaureate dinner. Her message was clear — each student is in control of their life, so she encouraged them to stand up for what they believe in and own what they do, even if they make a mistake.

“Going forward from this point, you guys are in charge of your life,” Milford said.

She also wanted the class to take advantage of their college years.

“Don’t take this time for granted because the more people you meet and connect with over the next couple of years will mean so much more and get you so much farther in the long run than the degree you’re going to get or the paycheck you’re going to get,” Milford said. “The connections you make with people are going to help you out.”

She also spoke on the importance of maintaining faith while in college. She advised the students to find time whenever they could to attend services, whether it was every week or once a month.

According to  Milford, 75% of the seniors were members of the BETA club and six students signed at universities to participate in college athletics. The 24 students are going to seven different schools and two are joining the military after graduation.

The class’s goal at the start of the year was to hit $2 million in total scholarships. The class finished with $2.909 million in scholarships, nearly double the previous year’s total.

After each student received their scholarship paper and awards from Headmaster David Owen, the class salutatorian and valedictorian gave their speeches.

Salutatorian Joann Landrum started her speech by thanking all of the people that were in the students’ lives. She also spoke about Athelia Richardson, who was employed as a teacher and librarian at Chambers Academy since 1974. She died in 2019.

“Mrs. Richardson was a great teacher in so many ways, not only because of how well she taught, but her dedication to her students and to this school,” Landrum said. “I had the privilege not only to be one of her students but also her library aid for several years. While working with her, I got to really know her as a person. We were the last sixth-grade class that she taught. I wish that she could be here today to see us graduate.”

After Landrum was valedictorian Kinsley Gregory.

She spoke fondly of many of the memories that the class had in their years together.

“We may not have gotten to live our senior year the way we wanted to, but I sure am blessed to say that I have the best memories and high school years with the craziest class,” Gregory said. “Endings are inevitable. Today is one of those days for all of us. Today, we say our goodbyes to Chambers Academy. As Winnie the Pooh once said ‘how lucky am I to have something that makes saying goodbye so hard.’”