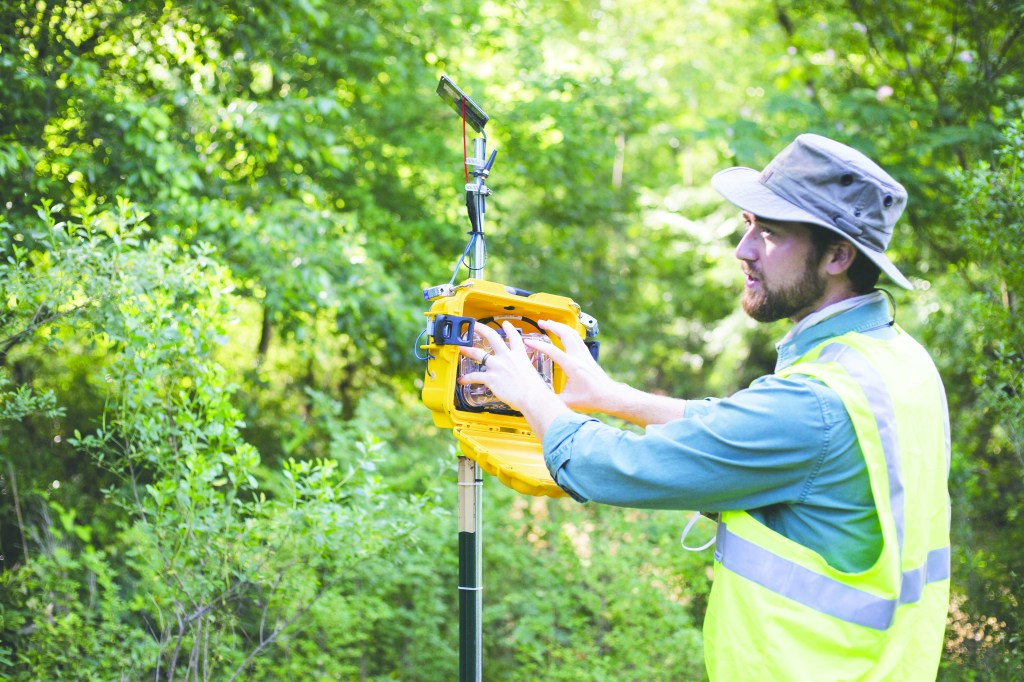 In October 2018, during a routine drone flyover of the Chattahoochee River, CRK staff noticed a high amount of sediment and mud in Oseligee Creek, just northwest of West Point.

Middle Chattahoochee Director Henry Jacobs said muddy water was flowing into the Chattahoochee River upstream of the drinking water intake for the City of West Point.

“This creek feeds into the river, maybe like 100 yards upstream of the water intake,” Jacobs said. “The city was having to do extra to treat their drinking water.”

CRK tracked the source of sedimentation upstream to a 1,100-acre construction site in LaFayette. Further investigation revealed the site was being converted from timber land to a large-scale solar installation owned by AL Solar A. All grading operations on the solar field site were reported to have been completed in December 2017, at which point AL Solar A’s solar panels became fully operational.

“We started monitoring the water levels and just kind of confirmed that there’s a lot of mud in the creek not supposed to be there and unnatural,” Jacobs said. “Every time it rained, mud was pouring out from the fields. All that mud was pouring into tributary creeks that eventually connect here and to the water sources.”

According to Jacobs, CRK staff made contact with the contractor and owner of the facility soon after and also filed a complaint with the Environmental Protection Agency Region 4. CRK said EPA conducted its own site inspection in November 2018, which confirmed the numerous violations observed by CRK.

Soon after being contacted by CRK, both the contractor managing construction on the site, Swinerton, and the site owner, Clenera/AL Solar A, began efforts to bring the site into compliance with clean water protection rules to stop the release of sediment to Oseligee Creek and ultimately the Chattahoochee River.

“As we see it, they probably would have continued to knowingly or unknowingly dump mud into the creek,” Jacobs said. “I think it highlights why it’s so important to have like an independent watchdog like CRK. We were able to come in and tell them they were doing something wrong. It was kind of one of the few circumstances where like company like immediately says that we’re going to work on it and fix it.”

Attempts to reach AL Solar A Tuesday were unsuccessful.

CRK staff are now using data captured by the CASSI Chattahoochee Aquatic Sensor System Integrated) device to continuously monitor Oseligee Creek for any significant changes to the health of this important tributary to the river.

“We are helping the city in the long run,” Jacobs said. “They’re still gonna have towork with the water that comes out right now but, in a year, two years, it won’t be so hard to filter and the water quality will continually get better.”

To look at the data from Oseligee Creek, visit data.envirodiy.org/sites/CASSI6/.