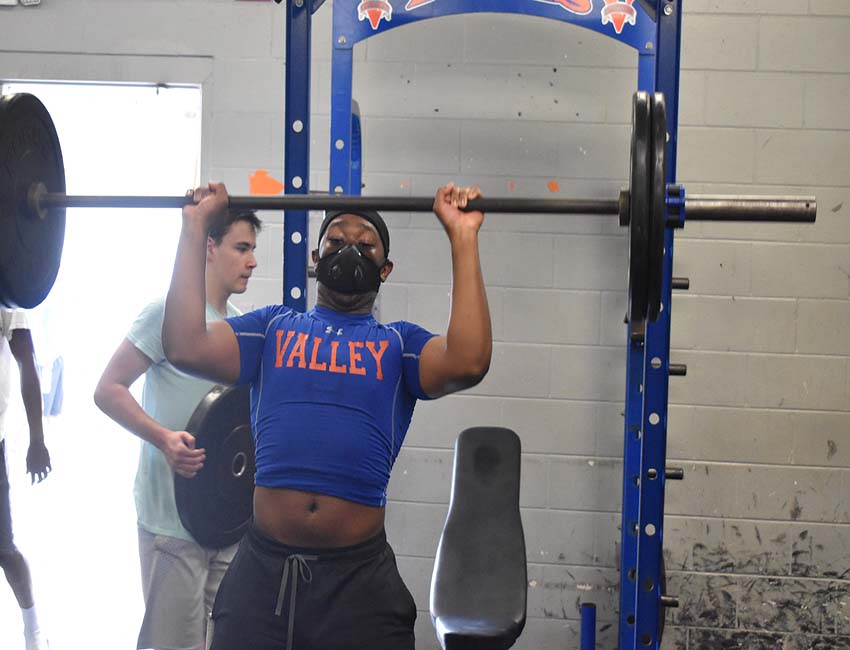 In 2019, the Valley High School football team’s defense was its calling card the entire season.

In nine of their 12 games, the Rams limited their opponents to three or fewer scores a game. The stingy defense allowed just 201 points the whole season (16.75 a game) and Dalton Dunn was in the middle of that defense.

“I feel like I’m one of the main people on defense,” Dunn said. “We all have to connect. I need to be one of the core, so I feel like if I play, then everyone plays around me.”

Dunn finished his junior campaign with 87 tackles, finishing just four behind JD Hamlin, who signed this past February to play football at East Mississippi Community College.

Now entering his senior season, Dunn is ready to take a step forward.

“I expect to keep going up and making progress,” Dunn said. “I plan to get more tackles, make more big plays. I play to make our team better on defense. I just plan to be a better player.”

One of the ways that Dunn wants to make the team better is by his leadership, which is key especially at his position of middle linebacker because they are often referred to as the quarterbacks of the defense.

“Dalton is one of those kids that’s hard-nosed. He’s going to get after it,” Valley head football coach Adam Hunter said. “He’s going to be a big asset for us for our younger kids, as far as teaching them the ropes and being a leader on both sides of the ball.”

Whether it was a fourth-and-short stop or in a goal-line situation, Dunn leads by example.

“He sets the tone for the defense,” Hunter said. “Everybody kind of follows him. He’s just a true leader on that side of the ball.”

“I’m just planning to help out the best way I can,” Dunn said.

That ‘do anything to help the team succeed’ attitude resounds well with Hunter, especially because it sets the tone for the entire team.

“That’s what we’re looking for and Dalton is one of those kids that stepped up to the plate and took initiative to do that,” Hunter said.

Outside the program, there is doubt in the 2020 Rams because of their jump to 6A and the loss of their head coach. However, Dunn is ready for the challenge and to prove the doubters wrong in his final year at Valley.

“I’m expecting people to come to see me because I’m playing better and we’re playing 6A, so it’s a bigger table for us to do different things,” Dunn said. “Everybody thinks we aren’t going to do anything, but I believe we can.”