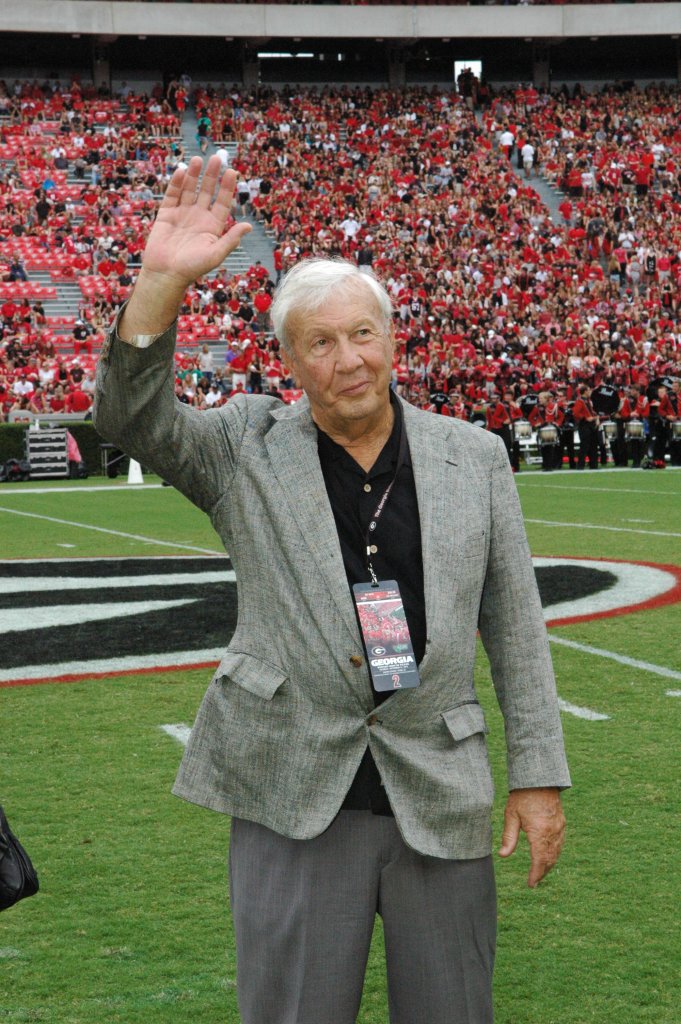 Former Auburn head coach and Georgia lineman Pat Dye died on Monday at the age of 80.-- Photo by Dan Evans

Auburn legend Pat Dye, who coached the Tigers from 1981-92 and was the athletic director from 1981-91, died on Monday from complications of renal and hepatic failure, according to Lee County Coroner Bill Harris. Dye was 80 years old.

“On behalf of our family, I want to thank all of the people from around the country who have offered their support and admiration for dad these past several days,” Pat Dye Jr. said in a press release. “Dad would be honored and humbled to know about this overwhelming outreach. The world has lost a pretty good football coach and a great man. He was beloved, he touched so many lives, and he will be missed by many, especially our family.”

Dye was a major factor that brought Auburn back into the national spotlight. In his 12 years as the Tigers’ head coach, Dye won four Southeastern Conference championships, totaling a 99-34-4 record. Auburn won 10 or more games four times, won six bowl games and finished in the top-10 nationally five times.

In his Auburn tenure, he coached 21 All-Americans, 71-All-SEC players and 48 academic All-SEC players, which included Bo Jackson and Tracy Rocker, two of the best players to ever play at Auburn.

Dye was a key figure in moving the Iron Bowl from Birmingham to a home-and-home series every year. The first time the game was played in Auburn was in 1989, in which Auburn won 30-20.

“Coach Dye was much more than a hall of fame coach and administrator at Auburn. He was an Auburn leader and visionary,” Auburn head coach Gus Malzahn said. “He not only returned the football program back to national prominence during his tenure but was a key figure in bringing the Iron Bowl to Auburn and made an impact on the university and in the community. He embodied what Auburn is about: hard work, toughness and a blue-collar mentality.”

Dye was a head coach for 19 years, posting a 153-62-5 record. Along with Auburn, Dye was the head coach of East Carolina and Wyoming.

“Coach Dye was a mentor and a friend for 46 years. I was with him when he coached his first football game at East Carolina and his last game at Auburn. He was a giant of a man and touched hundreds if not thousands of people,” former Auburn baseball coach Hal Baird said. “Everyone that he touched would say the same thing, that his life was built on a core of values that he taught to his players, coaches and staff. It’s a huge loss. He left an indelible impression on college football, on Auburn and really the entire country.”