LaFayette gets back to summer workouts 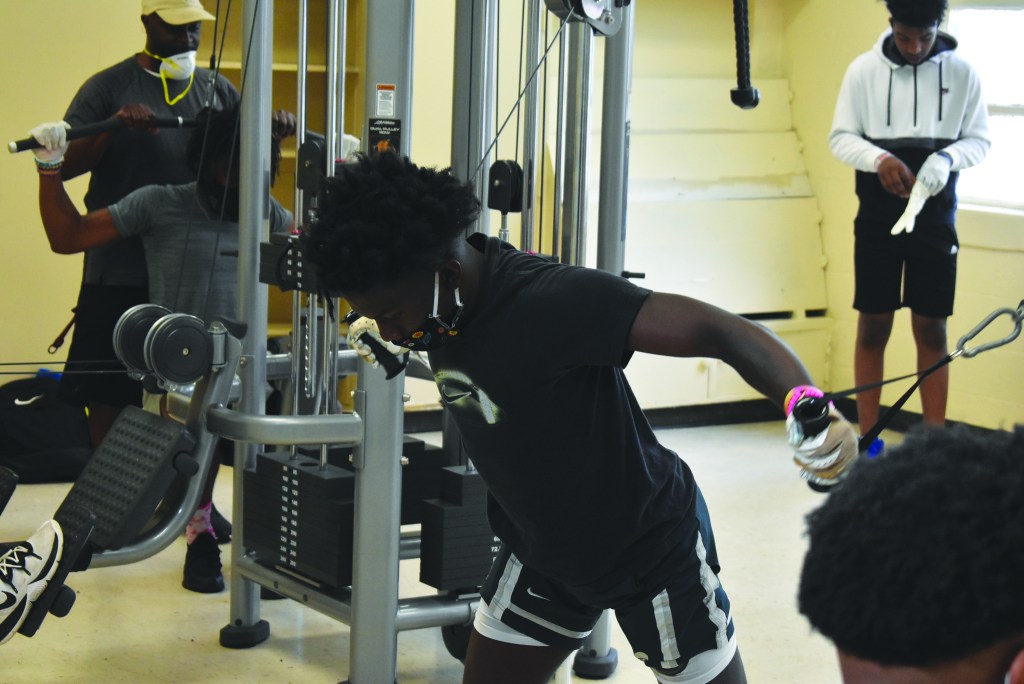 After a short hiatus, summer workouts have resumed for the LaFayette Bulldogs. LaFayette started its workouts on June 1 but had to stop due to a potential COVID-19 scare.

The Bulldogs got back to work on Tuesday.

“We’ve been able to work, and we’re just trying to put in a standard,” head football coach Juan Williams said. “We’re all about trying to fix us right now. We’re our own opponent right now.”

For half of the players, workouts started at 6:30 a.m., as they were in the gym with boys basketball head coach Obadiah Threadgill.

After working in the gym for roughly 45 minutes, the athletes moved to the weight room.

As a football team, the athletes were split into three groups — linemen skill positions and a mix of the two (which was made up of mostly older athletes).

The final group worked outside, doing mainly footwork drills. Players went through the ladder, doing different drills to improve their foot speed and step-ups with either a 60 or 70-pound easy curl bar.

“A lot of them are just raw, so we’re trying to get a little of that rawness out of them,” Williams said. “They’ve been pretty perceptive to it. I appreciate that. They’re doing their best. We have all these parts going. It’s more like a circuit.”

The circuit takes roughly an hour. Along with working out, Williams has been taking the group into the classroom, helping them to learn the playbook and understand their role on the field for each individual play.

“Every day is a physical, mental day,” Williams said. “Every day I have a mental and a physical part [of the workout]. Let them rest a little physically during the mental and let them rest a little mentally during the physical [aspects of the workout]. We always try to split that up a little, so they can learn both sides. They have to ask questions about what they’re doing and this is the time to do it.”

Splitting the team into groups also helps with maintaining space between the athletes. In order to participate in workouts, athletes needed to have a mask. After practicing in the gym, each ball was disinfected.

Before they went into the weight room, they had their temperatures taken by a no-contact thermometer.

“It’s for safety, so I don’t mind doing anything for safety. You have peoples’ kids here that you want to be safe, and I want my kids to be safe,” Williams said. “We’re sparing no expense. We’re doing everything to make them safe.”