Mallory released on parole, despite opposition of district attorney’s office 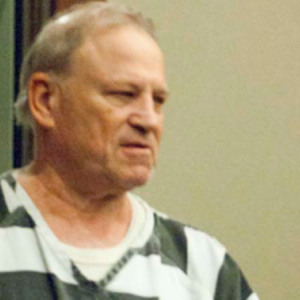 Click here for the Special conditions of Mallory’s parole.

Peter Mallory, who was sentenced to 1,000 years in prison in February 2013 for multiple counts of possession of child pornography has been released on parole, despite the opposition of District Attorney Herb Cranford.

According to a press release from Cranford’s office, Mallory’s crimes did not allow for the state to see or the trial court to impose a sentence without parole eligibility. Parole is a power exercised exclusively by the State Board of Pardons and Paroles.

“I respectfully write you to ask that you reconsider Peter Avery Mallory’s tentative parole date of Dec. 31, 2019. I sincerely believe Mallory is a threat to the public, has not sufficiently paid his debt to society, and I am opposed to his parole now or any time in the near future,” Cranford wrote. “I also think the Troup County community will be offended by his release after having served only seven years of his total sentence.”

Cranford said Mallory is sexually deviant and commits his crimes by compulsion as much as by choice.

“In the current digital age, no amount of supervision can stop a compulsive sexual deviant like Mallory from seeking out the most heinous images and videos of small children being sexually abused,” Cranford wrote. “The facts of this case further show that Mallory is a danger to create such images himself if he cannot obtain them otherwise.”

In response to Cranford’s letter, the parole board replied by saying it had reconsidered the case and established a new parole date of December 2022.

On April 9, the parole board wrote the district attorney another letter stating that it had “decided to proceed with parole in the near future,” leading to his May release.

Steve Mayes, Director or the Office of Communications with the Georgia State Board of Pardons and Paroles said the board decisions are made by the five members electronically and the board does not have hearings.

“All decisions by the board are tentative and subject to change at any time. The board may change an earlier decision after reviewing the case file again or as a result of additional information received,” Mayes said in an email this afternoon.

According to Cranford, for the remainder of his 1,000 year sentence, Mallory will be required to register as a sex offender and will remain on parole where he will be subject to having his parole revoked by the parole board if he violates the law or the conditions of his release. Mallory is also banished from Troup County and is on electronic monitoring.

According to Cranford, for the remainder of his 1,000 year sentence, Mallory will be required to register as a sex offender and will remain on parole where he will be subject to having his parole revoked by the parole board if he violates the law or the conditions of his release.

After a three week trial in 2012, Mallory was found guilty of 60 counts of sexual exploitation of children, three counts of invasion of privacy, and one count of tampering with evidence.

According to previous information reported by the LDN, the charges filed against Mallory were the result of a LaGrange Police Department investigation, which detectives initiated in February of 2011 after receiving an alert of more than 600 suspected child pornography files linked to a computer in LaGrange. The investigation led to the local television station that Mallory operated, where investigators seized several hard drives containing more than 26,000 files of child pornography.

The evidence demonstrated that Mallory knowingly and intentionally sought out, gathered, downloaded, and saved these images and videos of children being raped, tortured, and sexually exploited, according to a previous press release from Cranford’s office. LPD investigators arrested Mallory on April 27, 2011. Regarding the invasion of privacy counts, the evidence at trial showed that Mallory installed and operated a hidden camera at his desk and recorded young female victims as they sat in his office.

On May 7, 2020, the Georgia Court of Appeals affirmed Mallory’s conviction and 1,000 year sentence.