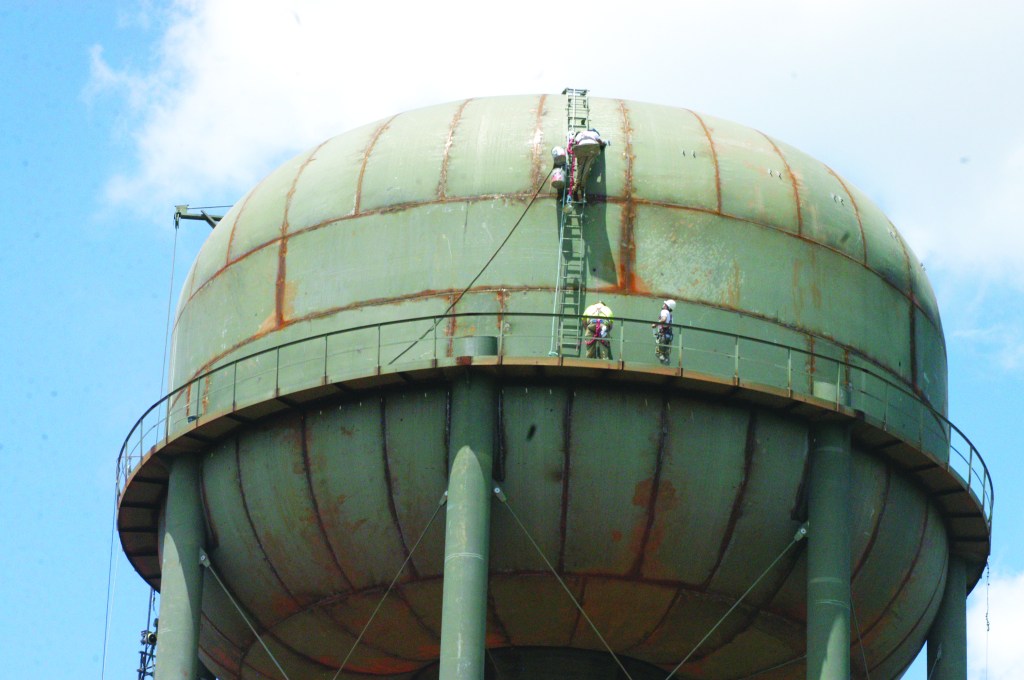 Painters continue to work on the new water tank , which will improve water pressure and water volume for the city.--Photo by Wayne Clark

VALLEY — Painting is under way on a new 750,000-gallon water storage tank off Fairfax Bypass in Valley’s Rehobeth Heights neighborhood. The $1.7 million tank will greatly improve water pressure and volume for the city industrial park.

Mayor Leonard Riley told The Valley Times-News that the new tank will have an off-white color and that “City of Valley” will be prominent on it in big letters.

Some new water lines are going in as part of the project.

“They should be finished by the middle of October,” Riley said. “The lines should be in the ground and everything tied in by then.”

On the opposite side of Fairfax Bypass, Combs Road could be resurfaced by the end of the month. A new housing subdivision is planned for the area. The new development could contain several hundred new homes.

The new water tank being built will be one of two above-ground tanks bordering the city’s industrial/commercial site property just off I-85. The other tank is on 55th Street.

The city owns approximately 1,200 acres of land on both sides of Fob James Drive and Fairfax Bypass. It’s seen as a site for future development between Montgomery and Atlanta.

The area already has two businesses. WestRock has a 375,000-square-foot distribution center off Valley Industrial Drive (the four-lane road behind the Lanier-Carter site) and Four Star Freightliner has a new store in plain view of I-85. It’s accessed by Four Star Drive, a new road branching off of Industrial Drive.