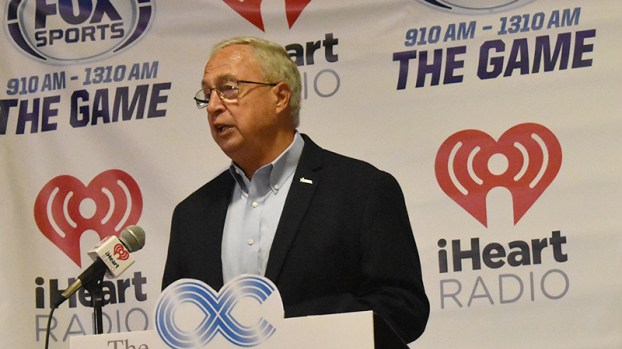 After announcing that fall sports would start on time on Wednesday, the Alabama High School Athletic Association went into depth about its plan for the 2020 fall season.

Each fall sport, football, cross country, volleyball and swimming, had a two-page document released on the AHSAA’s website detailing the plans.

Each modification started with the same message at the start of the plan.

“In support of the Guidance for Opening Up High School Athletics and Activities, the NFHS … offers this document for state associations to consider whether any possible rules could be altered for the 2020-21 season,” the message reads. “The modifications outlined in this document are meant to decrease potential exposure to respiratory droplets by encouraging social distancing, limiting participation in administrative tasks to essential personnel and allowing for appropriate protective equipment.”

For football, there were six total modifications along with 10 National Federation of State High School Associations’ best practices.

The first change is the sidelines. The sideline for players has been extended from the 10 to the 10-yard line, while coaches are to remain from the 25 to the 25-yard lines.

Cloth face masks are permitted, but plastic shields covering the entire face that are not clear and built into the face shall not be allowed.

Timeouts, which were previously one minute, are now two minutes, in order to properly hydrate athletes.

“This is going to allow for individual water bottles to be handed out,” Ainsworth said.

More than one coach can be involved in the huddle and headsets can be used.

The end of quarters and the time following an extra point attempt has also been extended to two minutes.

At coin tosses, only one captain will represent a team. Post-game handshakes and handshakes during coin tosses are also suspended.

All non-essential personnel are restricted from the field during the game.

For Volleyball, the pre match conference will include only two referees and one coach per team. Instead of the conference being at the scorer’s table, it will take place at center court with two people standing on the same side of the net. Those in the conference will stand three to six feet apart.

There will not be a coin toss this year. Instead the visiting team will serve first in the first set, while the remaining sets will rotate serves.

Teams will not switch benches between sets, and those at the bench will be distanced three to six feet apart.

The official’s table is limited to the home team scorer, libero tracker and timer. A visitor’s scorer is not deemed as essential personnel.

Masks and gloves are permitted to be worn, as are long sleeves, pants and undergarments. The undergarment must be a single solid color that is the same color as the main uniform color.

For cross country, the course will be widened, so the narrowest point is six feet wide.

The AISA also announced on Thursday that its fall sports would continue on their original schedules.

“After considering options for resuming athletics in the fall, the AISA Athletic Committee has decided that fall sports (cross country, volleyball and football) will proceed as originally scheduled with plans for full and complete seasons,” AISA Executive Director Michael McLendon said in an email sent out to AISA athletic directors. “However, until further notice, volleyball and football teams will be restricted to competition against only one other team and multiple team events (i.e. tournaments, jamborees) will be prohibited.”

Practice for football and volleyball can start on Monday, July 27, while cross country can start practice on Aug. 3.

McLendon also said there will be safety protocols released in the coming days.

“Of course, as time progresses, safety protocols will likely need to change or be adjusted, and we will need to be flexible as we proceed,” McLendon said.

On Wednesday, the Lanett Panthers were the sixth and final team from Chambers County to speak at the iHeart Media... read more