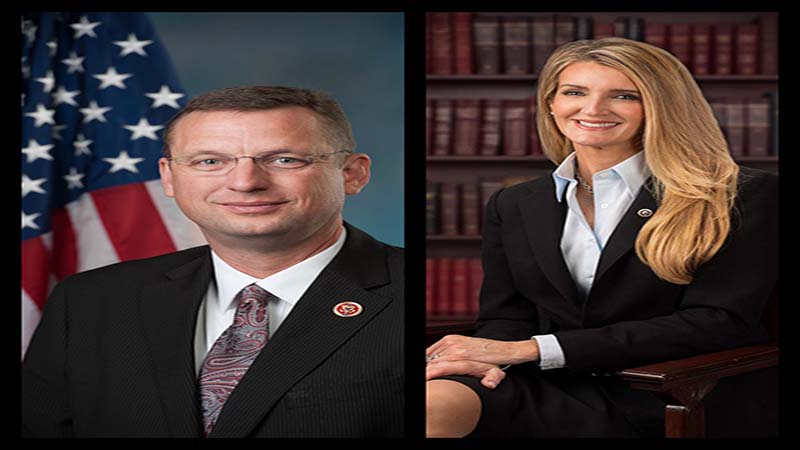 Two of the candidates for Georgia’s U.S. Senate special election will visit Troup County this week.

Senator Kelly Loeffler and Congressman Doug Collins, both Republicans, are holding meet-and-greets in LaGrange and West Point. Loeffler’s event is at Lafayette Square at 10 a.m. on Thursday. Collins’ will be at American SmokeHouse in West Point at 5:15 p.m. on Tuesday.

Loeffler is a businesswoman and former CEO, a co-owner of the WNBA team the Atlanta Dream and the wife of the chairman of the New York Stock Exchange. She was appointed to her senate seat to serve out the remainder of Johnny Isakson’s term after he retired due to health reasons.

“Kelly has had an incredible experience traveling around the state, hearing from Georgians about what they’re looking for in a Senate candidate — a political outsider and businesswoman who stands for life, the 2nd Amendment, law enforcement, President Trump, and who — most of all — isn’t afraid to stand up to the radical left,” Loeffler spokesperson Caitlin O’Dea said. “It’s clear that conservatives are energized by Kelly’s record of results and vision for our state, and we look forward to continuing that momentum in Troup County this week.”

Collins, who was President Trump’s favored pick for the appointment, is a congressman for Georgia’s 9th District, located in northeast Georgia. He gained national prominence last year for his role on the House Judiciary Committee, where he was an outspoken critic of Trump’s impeachment hearings.

“I have a lot of friends in LaGrange, and I’m really looking forward to being back,” Collins said of his upcoming event. “The ninth and the third districts are the most conservative places in Georgia, so I always feel right at home.”

The race has no primary election. If no candidate gets more than 50% of the vote, the top two finishers will move to a January 2021 runoff.