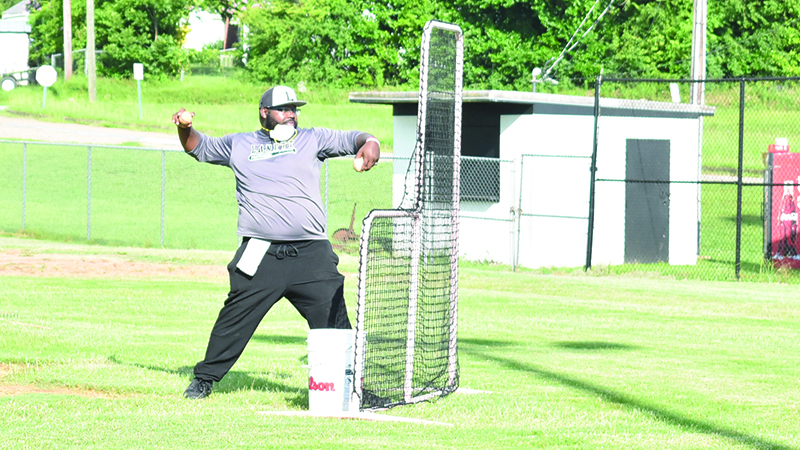 In early May, Hunter Ames decided to step away from the Lanett baseball team. Less than a month went by before Lanett Athletic Director informed assistant coach Shavario Brooks that he would be taking over the Panthers’ program.

“I don’t think it’s hit me yet,” Brooks said. “Last year I did a lot of coaching, I came up with a lot of the drill work. Coach Ames let me lead a little bit more. The transition hasn’t really hit me yet because I was doing the same thing that I was doing, just being out here and working with the guys hands-on.”

So far, Brooks has been basically doing the same job as he did last year. The only difference so far has been the scheduling.

“The only head coaching thing I can say that has been off a little bit is being the one that does the scheduling and being the one who has to think about things besides coming out here and playing baseball,” Brooks said.

Brooks has been with the Panthers baseball team for the last three years. He started as a volunteer coach in 2018. In 2019, he was the assistant coach, the role he also served for the shortened 2020 season. He was part of the coaching staff that helped bring Lanett to the playoffs for the first time in 17 years in 2019.

In all three years, Ames gave Brooks more and more responsibilities as he stayed with the program, something Brooks believes will help him for his first season as a head coach.

“It helps a lot,” Brooks said. “I’m a hands-on guy. Anything I get the boys to do, I do it with them or I test it before I give it to them. Being hands-on, it helps you be able to learn each player individually. Each person has a different way of learning, but being hands-on you learn each person’s personality and the speed of how they learn the game.”

Brooks decided to apply to be the full-time coach because he already knew that he would be on the field helping the players.

“I’m going to be out here anyway, and I’m going to be a part of it,” Brooks said. “I’m going to do the best that I can to help and improve and push the boys, so I saw this opportunity to be able to affect my community piece by piece, being able to influence in a positive way.”

Part of the reason Brooks wants to play a part in developing the baseball players and program is because he was a Panther growing up. Brooks played baseball at Lanett from his seventh grade year until he graduated high school in 2010.