McCoy elected to another term as Lanett mayor 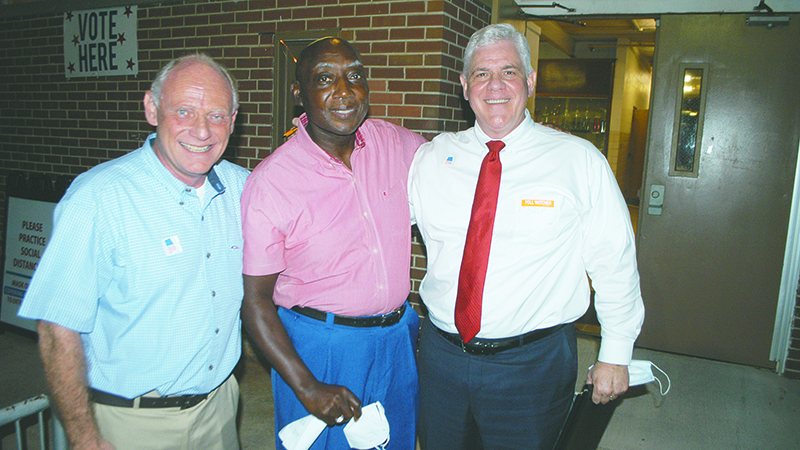 LANETT — Kyle McCoy won his second full term as mayor of Lanett by a comfortable margin on Tuesday. Unofficial results had him defeating challenger Stanley Roberts 796 to 482.

McCoy has been mayor since October 2015. He filled out the unexpired term of the late Oscar Crawley for approximately 10 months before winning his first full term in August 2016.

“I am very thankful for everyone turning out today to support me and our council,” he said moments after the results were announced by City Clerk Deborah Gilbert outside the James A. Hardy gym.

A total of 1,285 voters participated in the election. That’s around 300 voters shy of the 2016 turnout, but there were more council and school board races that year. This year, all incumbents ran without opposition for the city school board, and only two of the five council seats were contested.

Also, the vote took place during the COVID-19 pandemic.

It also took an hour-and-a-half to determine the results. Gilbert and the other election officials exited the gym at approximately 8:30 p.m. with the tape showing the final tally.

McCoy said the result is a clear indication that Lanett residents want the council to continue moving the city in the same track it’s been on for the past four years.

“I can’t do it alone,” McCoy said. “It takes a group effort to move this city forward. I want to congratulate Charles Looser for his victory tonight and Tifton Dobbs and John Motley for moving on to the Oct. 6 runoff.”

“We want the citizens to know that we will continue doing all we can to make this a city all Lanett residents can be proud of,” he added.

Roberts was gracious in offering his congratulations to McCoy.

“Of course, I am disappointed for coming up short today,” he said. “But, I am grateful the citizens turned out to vote their consciences. As long as people take part in elections we have a democracy, and that’s the way it should be. I sat outside the polling place today and thanked everyone I saw for turning out to vote. Congratulations to Mr. McCoy and Mr. Looser; kudos to Tifton Dobbs and John Motley for making the runoff election. There’s a lot of things in this city that need to be fixed. Taking part in elections shows that people want this city to do well. My hat is off to anyone who voted today.”