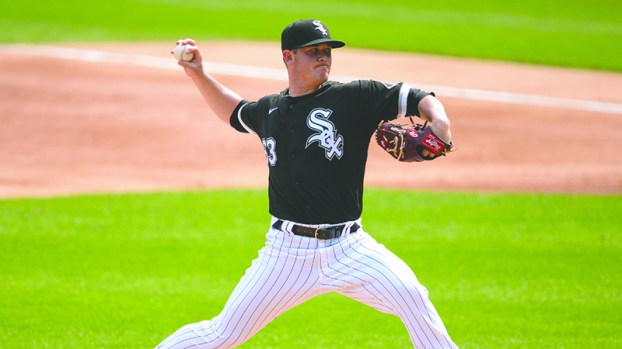 On Aug. 1, Valley native Matt Foster walked onto the mound at Kauffman Stadium in Kansas City in the bottom of the fifth inning.

On the second pitch of his professional career, Foster gave up a single, then proceeded to sit down the next three batters to retire the side. He also picked up a strikeout, as he got Ryan McBroom to chase a high fastball that registered 93 MPH on the radar.

Since making his debut, Foster has been one of the Chicago White Sox’s best arms out of the bullpen, as he has 17 strikeouts and no earned runs allowed in his first 13 ⅓ innings to start his MLB career.

Roughly seven years earlier, Foster was a major factor for the Valley Rams both behind the plate and on the mound.

In his time at Valley, Foster was a rare breed, as he was both the ace of the staff but also was a solid catcher. Playing in both roles helped develop his game especially as a pitcher, as he was able to see the game from a different angle.

In his final start as a Ram, Foster struck out 21 batters in a game that Valley would lose 2-1.

“It was a tough game,” Foster said. “I loved playing with all those guys. I definitely miss those days, but I wouldn’t trade it for where I’m at now.”

At the end of his senior year, Foster was drafted by the Arizona Diamondbacks with the 14th pick of the 29th round (there are 40 rounds in the MLB draft).

“It was definitely an experience, but I think I made the right choice,” Foster said. “High school and college are big steps apart from each other and definitely high school to professional baseball is a huge jump. You just have to develop and develop. Going to college helped me develop more and learn more as a pitcher, especially with the pitcher and catcher relationships.”

Foster’s next choice was to decide between going to a four-year college or attend a junior college. His final decision came down to Alabama and Gulf Coast State College.

“The Panhandle [Conference] is such a good area for baseball, and I think it definitely goes unnoticed,” Foster said. “I definitely loved it down there.”

In his first year at Gulf Coast, Foster wasn’t as effective as he planned going in. He started a couple of games and then felt a twinge in his throwing shoulder.

“I don’t think my body was ready for the type of workload it was going to require,” Foster said. “I was still developing my body to get used to starting twice a week.”

It was diagnosed as shoulder tendonitis, so he was able to avoid surgery after a second opinion, but he was shut down for most of his freshman year.

At the end of his sophomore season, Foster was named the Panhandle Conference Pitcher of the Year and was one of the top JUCO transfers in 2015.

After two years in the Panhandle, Foster transferred to his dream school in Alabama.

“I grew up a ‘Bama fan. My mom and her side of the family are all super big Alabama fans. My dad is one of the lone Auburn fans in our family, but I love ‘Bama and my mind wasn’t going to change,” Foster said. “I might have been at Gulf Coast, but my eyes were set to play at ‘Bama. Luckily for me, that happened.”

When he arrived in Tuscaloosa, Foster was moved to the bullpen. At the start of his junior year, he wasn’t sure where he would find his niche, coming in at various points in games during the fall. By the time Alabama started its season against Maryland in 2016, Foster was set to be in the back of the bullpen, leading up to Thomas Burrows, who is Alabama’s all-time leader in saves.

“It was interesting to come out of the bullpen during a game because I had never done that before,” Foster said. “If it wasn’t for that, I don’t know if I’d be where I’m at right now.”

His best two games of the season were against Georgia and Auburn, throwing 7 ⅓ innings with 13 strikeouts with only three hits combined in the two outings.

After Alabama was eliminated in the SEC Tournament, Foster once again set his eyes to the draft.

Foster was drafted by the White Sox in the 20th round of the 2016 MLB Draft. This time, he decided to sign.

“The draft process is always a nerve-wracking thing,” Foster said. “I had gone through it a couple of times, I was still nervous because you don’t know who is going to take you. It ended up being the Sox. It was kind of ironic because I met with a bunch of teams but I never met with the Sox. If it wasn’t for Warren Hughs, I wouldn’t be where I am today.”

Foster joined the White Sox organization in the summer of 2016, starting in Rookie ball.

The adjustment to playing a full professional season and making the jump to AA was tough, and Foster struggled for seemingly the first time in his professional career, but still finished with a 3.30 ERA and 70 strikeouts in 60 innings.

In 2020, he was made the White Sox’s Spring Training roster, and after the pandemic delayed the start of the season, made his major league debut.

LaFAYETTE — After opening the 2020 high school football season last week with an impressive win over Lee-Scott on the... read more