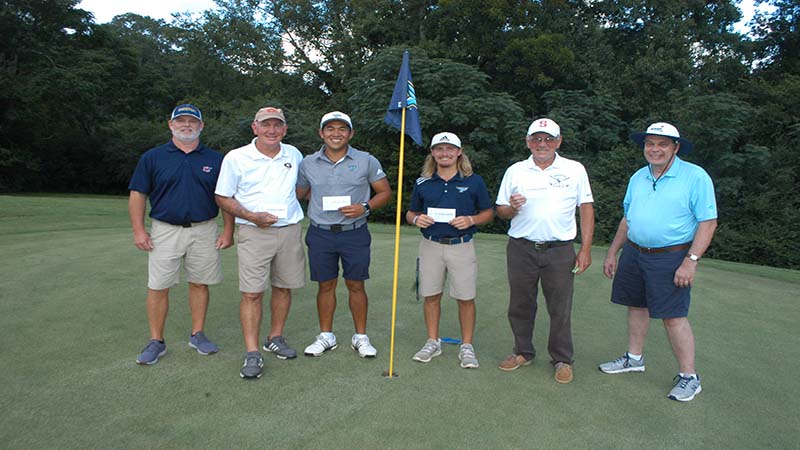 LANETT — A total of 100 golfers took part in Saturday’s Walt Meadors Invitational. It was delayed twice this year due to concerns over the coronavirus, and there were some precautions in place for Saturday’s tournament. Except for families taking part, the golf carts were limited to one person.

The tournament was a fundraiser for Valley Haven School and raised more than $6,000.

This was the 39th consecutive year the West Point Rotary Club has sponsored the event.

There were a total of 25 four-member teams participating. Twelve of them took part in a morning session while the other 13 played in the afternoon.

“We are so pleased with the way things went today,” said Valley Haven Executive Director Craig Brown. “We are in uncertain times at Valley Haven and are not sure with what the future holds. We weren’t able to have the Hike/Bike/Run this year. That’s our top fundraiser every year, but it is good we were able to have the Walt Meadors Invitational today. We had great weather, and everything went well. It’s nice to get back to some kind of normalcy. Golf is one sport that may have been helped by COVID-19. You’re avoiding crowds by being outside, and social distancing is not a problem. We want to thank everyone for taking part today. We actually had more golfers today (25) than we did last year (22).”