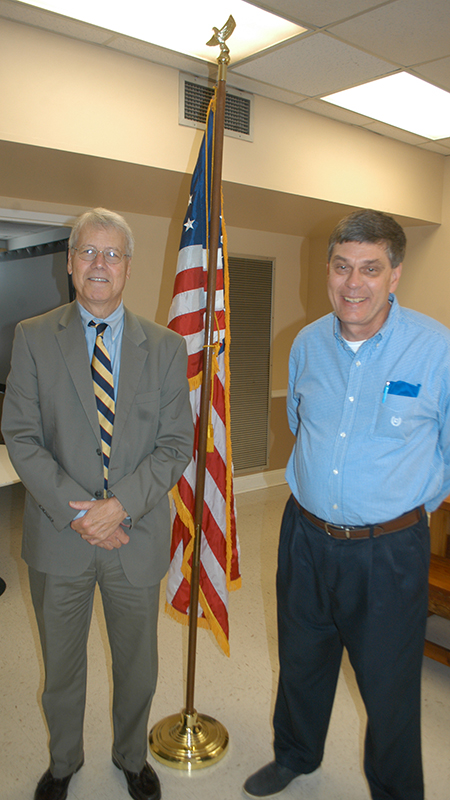 LANETT — The West Point Rotary Club had a fun meeting during the noon hour on Thursday. Rather than having a guest speaker talking on something of local interest, club member Larry Nix hosted Rotary Jeopardy. Patterned after the popular TV show created by Merv Griffin in the 1960s and best known for the recent version hosted by Alex Trebek, Jeopardy! asks questions ranging from general knowledge to the obscure.

(2) What U.S. city is the baby food capital of the world? Answer: Fremont, Michigan. Gerber Foods was founded there in 1927.

(3) What Pennsylvania city is the weather capital of the world every year on Feb. 2nd? Answer: Punxsutawney. On Feb. 2, thousands of tourists and media from around the world converge on this town of little more than 5,000 people to see Punxsutawney Phil climb out of his burrow to see if he has a shadow. If he sees it, it means six more weeks of winter; if he doesn’t, it means there will be an early spring. It’s not science, but it’s a much beloved tradition.

(4) What European capital is the home of the Vasco da Gama Aquarium? Answer: Lisbon, Portugal. A famed explorer, da Gama was the first European to reach India by sea.

There was a couple of questions on famous impressionist painters. Club President Rob Huling knew the French painter famous for his sunsets: Claude Monet. Nix stumped everyone on a question about an American woman famed for her impressionist works.

He also stumped them to name the science fiction writer who wrote two stories about robots, “Caves of Steel” and “Naked Sun,” in 1964. Answer: Isaac Asimov.

One has to be very knowledgeable about U.S. presidents to know who Thomas Buchanan was. Buchanan (1808-1841) was the first cousin of the pre-Civil War president James Buchanan. He was the first official governor of the African country Liberia.

No one knew where Woodstock College was located. It’s in Maryland and was famed as the oldest Jesuit school in the U.S. It was there from 1869 to 1974. It is now affiliated with Georgetown University in Washington, D.C.

The program closed with everyone watching via PowerPoint a spoof on Jeopardy! as performed by the cast of Saturday Night Live.

With the statewide Safer at Home order set to expire in five days, Gov. Kay Ivey extended the order until... read more