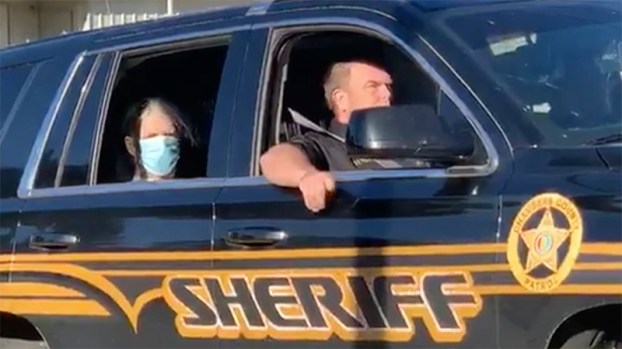 LaFAYETTE — On Wednesday, David Anthony Pike arrived back in Chambers County to face murder charges from 1985.

Pike has been wanted since June 21, 1985, for the alleged beating and shooting of 23-year-old Calvin Lee Irvin in Chambers County. He wasn’t caught until January 2019, when he was arrested under the alias of  Stephen Williams Varner and charged with willfully and knowingly making false statements in a passport renewal application. The complaint was concerning inconsistencies with the passport renewal form since the real Varner died in Alabama at the age of 22.

Pike was released from a correctional facility in Yazoo City, Mississippi on Wednesday for the purpose of being extradited back to Alabama.

On June 22, 1985, the body of a white male was discovered on Chambers County Road 84 just outside of LaFayette. The Chambers County Sheriff’s Office responded and learned it was Irvin who had been shot.

There had been rumors over the years of Pike being sighted in Chambers County, but he’d been able to elude law enforcement until last year.

According to previous reporting by The Valley Times-News, investigators developed Pike and King Albert Mayes as suspects and murder arrest warrants were obtained. After the two men were arrested, Pike made bond, but before being indicted, he fled the area. Mayes pled guilty and served out a term in prison.

The Chambers County Sheriff’s Office had been searching for Pike for the past 34 years until he was arrested in January under the operation dubbed “Sweet Home Alabama.”

“We are thankful and grateful for all the hard work and effort that was put into making today a reality,” said Irvin’s niece, Crystal Douglas. “At this time, we are not making any other comments.”

VALLEY — The Valley City Council has gone on record to oppose having a new quarry in the Beulah community... read more