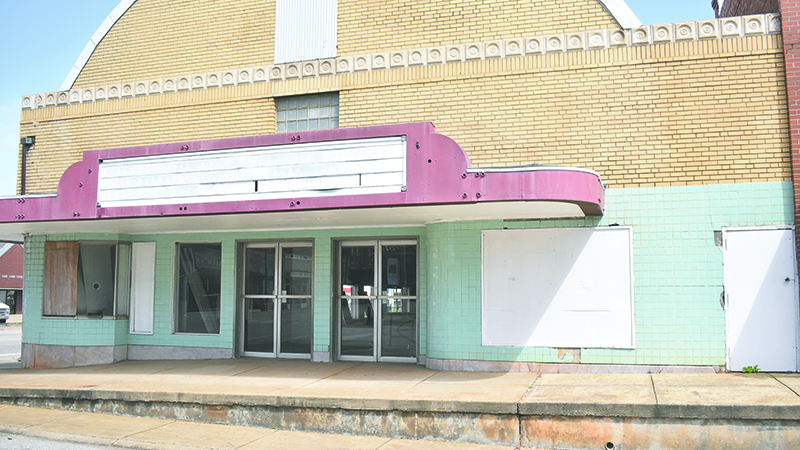 The Martin Theater in downtown LaFayette will soon be getting a renovation, as Chambers Academy plans to fix the building. --Cody Estremera

In February of 2017, the Martin Theater in downtown LaFayette was donated to Chambers Academy from one of its alumni for the school to use. Now, more three years later, Chambers Academy is getting ready to start work on renovations for the theater.

“We’ve been working on it from behind the scenes for a while, and we’re getting to the point where we’re ready to actually proceed with trying to fix it up,” Chambers Academy Admission Director Emily Milford said.

There is a committee of six members from Chambers Academy that has been working on figuring out the renovation project.

“We’ve gone in and done a bunch of the demo, cleaning it out and gutting it,” Milford said.

The renovation project will cost anywhere from $500,000 to around a million dollars. The $500,000 budget would get the theater up and functioning again but would not include everything that the school would want.

To help supplement the cost of the renovation, Chambers Academy has been applying for grants and has already received one from the Alabama Historical Commission and believes it has a good chance to land a grant from the International Rotary Association.

“We’ve gotten a few grants to help cover some minor repairs while we were trying to figure out a game plan to cover the cost of the whole project because there’s a lot of things that need to be done to it,” Milford said. “You don’t want to paint and put walls up before you do the electrical, plumbing and wiring and all that. There’s a lot of things that we need to have the money upfront to pay for it, or have a good idea of how we’re going to get a big chunk of money to take care of the structural stuff first.”

Once renovated, Chambers would use the theater for different events such as theater productions, graduations and banquets, but the school wants to open the theater to the community for events like a movie night or renting the space out.

“It’s a staple piece in downtown LaFayette,” Milford said. “Everyone drives right by it if you’re on 431. If we could get that up and running, it would probably help the overall downtown atmosphere and the aesthetics and have an opportunity to have something to do. There’s a movement in general in LaFayette and with us wanting to get a performing arts center up and running.”

With the school using the theater instead of its gym for productions, long term, Chambers would be able to improve the amount of seating in the gym, since it would be able to take out the stage at the west side of the gym.

The Martin Theater was built in 1949 as part of the Royal Theater Circuit. For nearly 20 years the theater was used to show movies, before changing ownership in 1969, when Hennon L. King Sr. bought the theater and transformed it into the first King Ford Dealership.

It remained a dealership until the 1980s when King moved his dealership.

The theater was also used in the filming of the 1988 movie Mississippi Burning.

It has most recently been used for storage.