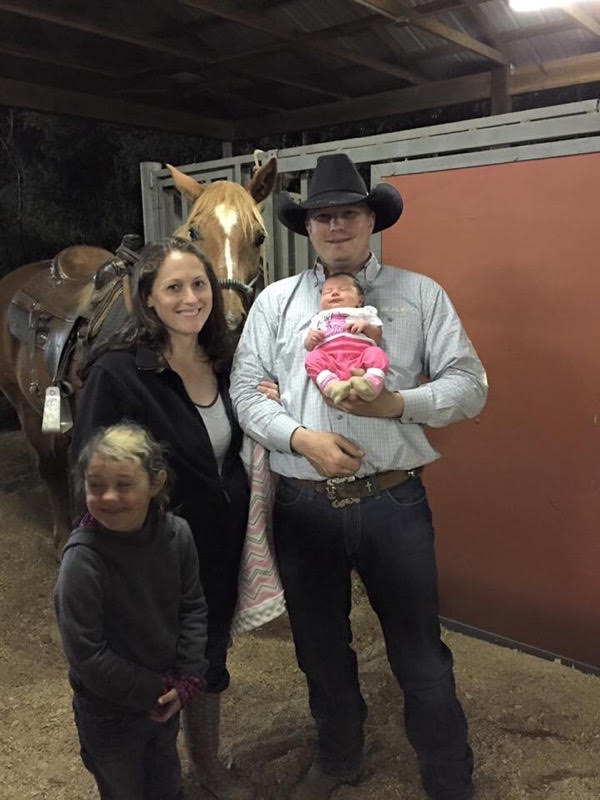 “There are lots of wonderful people in Chambers County,” Van said. “People like Eddie Adams [who is on the county recreation board and runs the rodeo] and Sheriff Sid.”

“It was special when we brought Sadie with us in 2016,” Van said. “She was only five days old, and it was her first rodeo.”

Due to one of their children being under the weather, the Canups were forced to miss the 2020 rodeo.

“Chambers County is one of our favorite places to come to,” Van said. “We have a lot of special memories there. We really missed being there this year.”

Just before the Saturday evening portion of this year’s rodeo got underway, Sheriff Sid Lockhart arranged a phone interview between The Valley Times-News and Canup, who had attended rodeos since 1996.

Canup was staying in the Waverly area when he met Samantha in 2012. They got married in North Carolina two years later and spent part of their honeymoon period back in Chambers County at the annual sheriff’s rodeo.

Samantha was a student in Auburn University’s School of Veterinary Medicine when the couple met eight years ago.

She now is a doctor of veterinary medicine and runs Noble Creatures Veterinary Services in Washington. The Canups have three girls — Hannah, Annie and Sadie.

For a long time, bull riding was Van’s specialty. When asked if he has ever been hurt riding a bull, Canup said that he has had his share of injuries.

“Anybody who has done what I’ve done, and they tell you they’ve never been hurt they ain’t telling you the truth,’ he said.

One of those injuries took place in the Chambers County rodeo in 2017.

“I got tangled up with a bull and lost part of my right thumb,” Van said, adding in jest, “I’m still waiting on Sid to come through with some workman’s comp for me.”

Before losing part of his thumb three years ago in Chambers County, Canup had been riding bulls for more than 20 years.

“I’m right-handed, and losing part of that thumb has been a problem,” he said. “But it’s not something I can’t deal with. I’m getting along okay, and I’m not complaining.”

Canup said there has been a side benefit of being married to a veterinarian.

“If you get hurt, you can get your x-rays for free,” he said.