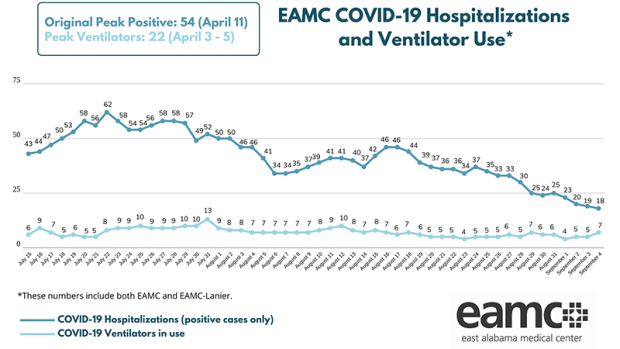 The number of people hospitalized for COVID-19 at East Alabama Medical Center and at EAMC-Lanier continues to drop, according to information released by the hospital on Friday afternoon.

There were seven people on ventilators on Friday. That number has been consistently between five, six and seven since Aug. 16. It had risen by two since Thursday, when only five people were on a ventilator.

The 528-SICK call center will be closed on Monday in observance of Labor Day.

Blount talks about recreation, sports in 2020

VALLEY — Valley Parks and Recreation Director Laurie Blount said that 2020 has been the most challenging year she has... read more