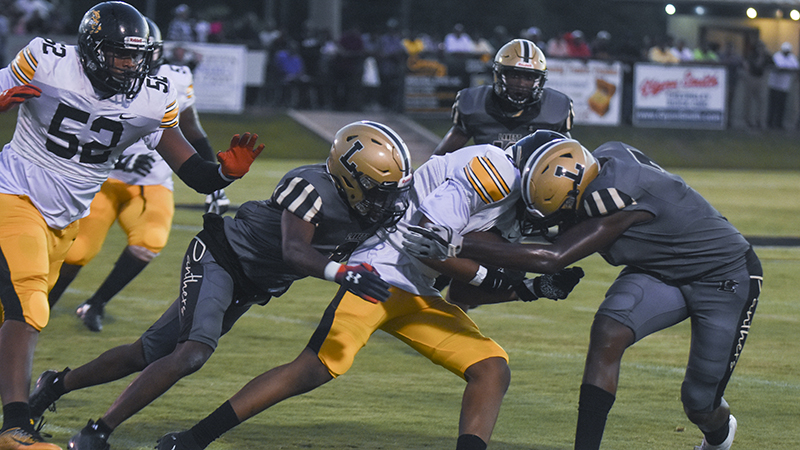 When the Alabama High School Athletic Association released its reclassification for its seven classifications across the state in December, one matchup was circled in all of Chambers County. The Lanett-LaFayette rivalry was more than just bragging rights for the first time since the 2017 season, as both teams were placed in 2A Region 4.

On Friday night, the rivalry enters its next chapter, as the No. 5 Lanett Panthers travel to LaFayette.

“It’s always a big game to play LaFayette,” Lanett head coach Clifford Story said. “It’s for bragging rights. For 365 days, the kids get a chance to go at each other, the communities get to talk a little junk with each other. But at the end of the day, it’s a big region game, so we want to win.”

Story was a part of the rivalry himself back in the early 1990s, as he played for LaFayette, graduating in 1992.

“I understand what it means to both communities, but at the end of the day, I’m on this side now. I go against LaFayette once a year, and this year, it’s going to be Friday,” Story said. “I want our kids to go out and compete at the highest level, but don’t take anything for granted because in a rivalry game, anything can happen. You can’t take these games for granted. You need to be prepared and take it one play at a time.”

While Story has both played in the rivalry multiple times and coached in the game for the last decade, LaFayette head coach Juan Williams is entering his first rivalry week.

“This is my first year with it. It’s big here. It’s big for our kids, our city, big for the city of LaFayette,” Williams said. “We just want to come and perform. Our kids understand what it is. We’re going to prepare them to the utmost, to give them a fight and see how everything works out. I feel like our kids are up to the challenge.”

The Panthers enter the Fridays’ matchup 4-1 and 2-0 in the region, while the Bulldogs are 0-2 overall and in the region.

The Panthers defeated Fayetteville in their last game, winning 30-4 at home.

For the second-straight week, the Bulldogs lost in a close game, dropping Friday’s game to B.B. Comer 22-19.

“We’ve got to learn to finish,” Williams said. “The team played well, but we’re playing three and a half quarters, and it’s my job to make us play four. Our young kids have to learn to finish. We’ve just got to keep preaching how to finish on the road. You can’t self-destruct and expect to win.”

The Bulldogs finished with four turnovers in the third quarter that cost them the game against BB Comer.

Overall, the Panthers have owned the rivalry, winning 37 of the 49 games.

“They always come to play,” Williams said. “They’re going to be ready to play, and we hope to match their intensity.”

Both teams are loaded with playmakers on both sides of the ball. The Panthers are the more experienced team, as they have more seniors and the bigger roster, but the Bulldogs have shown flashes of excellence this season.

The Bulldogs are led in the ground attack by sophomore Joshua Combs, who ran for 81 yards on 10 carries before being forced to exit the game last Friday night with an ankle injury. Williams said that he would be playing on Friday after resting the first couple days of practice.

“On offense, they’re very athletic,” Story said. “Coach [Williams] has a good scheme. We’re going to have our work cut out for us, because when it’s athletes against athletes, anything can happen. They’re going to raise their game up to another level.”

Both teams are led by their defense.

Story said after the win against Fayetteville, the Panthers are going to try and run the ball more, especially with junior D’Quez Madden, who Story wants to carry the ball around 20 times a game.

Friday will also be the first time that Williams will get a chance to coach in front of the Bulldog faithful, as the first two games have been on the road so far this season.

“It’s terrific,” Williams said. “It’s week four and we finally have a home game. We’ve needed it. We need to come home and see what home looks like. You come home and you play your biggest rival.”